0 To 100 Real Quick: Biker is Just Too Fast For The Police to Pull Him Over! 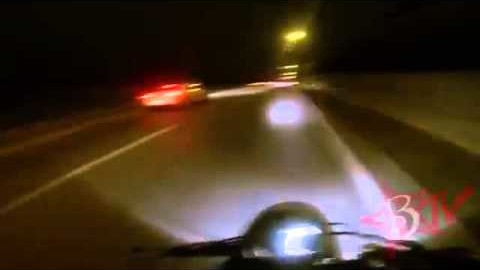 0 To 100 Real Quick: Biker is Just Too Fast For The Police to Pull Him Over!

We don’t necessarily condone running away from the police, but it’s no secret that in most cases, a police cruiser is in pursuit of a motorcycle, the bike will probably be able to out maneuver the cop car.

This time, we get a taste of just that as this guy sees some red and blues and doesn’t hang out to see what they want to talk to him about.

After jetting from the cops and making a u-turn before making his way down some back roads, it looks like this insane rider is in the clear!

Check out the video below and tell us what you think of this scenario as it unfolds in the streets. This guy has some balls of steel to pull off such dangerous and illegal maneuvers!

GUY ON SPORT BIKE RACES A COP – COP GETS FIRED!

« Watch The Infamous ‘Ice Car’ Be Liberated From Frozen Shell