If you’re one of those people who never really found himself or herself to be ...

If you’re one of those people who never really found himself or herself to be very interested in the world of remote control cars, well, boys and girls, you better dig down deep and grab the most of your attention because this is one video that might just convert you from someone who never really saw a point in an RC to someone who happens to be ready to go out and spend the vast majority of their bank account on buying all kinds of remote control vehicles and different accessories. Heck, maybe you’ll even be inspired to go out and build something custom like this individual has decided to do.

In this one, we’re to check out an insane custom build, one that takes the liberty of mimicking the style of the legendary Grave Digger, one of the most intense vehicles to ever call itself a monster truck, and shrink it down to one quarter of the original size, taking the whole essence of the full size version of the truck and trying to make it a little bit more accessible to somebody who probably would love to get behind the wheel the real one but let’s just face it, it’s simply not feasible for most of us. Instead, the remote control version really provides a nice sort of middle ground to be able to get yourself involved in something like this.

Don’t get confused, though. Just because it’s a remote control vehicle doesn’t mean that it came without a premium because this thing looks like it has a ton of work sunken into mimicking every last feature from the locks to the suspension all the way down to the sound that the engine makes as it absolutely screams, going beyond anything that you would expect out of something this small.

If you follow along down in the video below, you’ll be able to get a really good look at this quarter scale creation, one that really can make you get excited about a hobby like this that has clearly had a lot of long hours and dedication invested into making sure that every last aspect of this thing was as close to reality as could possibly be. After seeing something like this, what are you thinking is another vehicle that should be scaled down to such a fraction of its original size and made to be an unbelievable replica of the original thing? 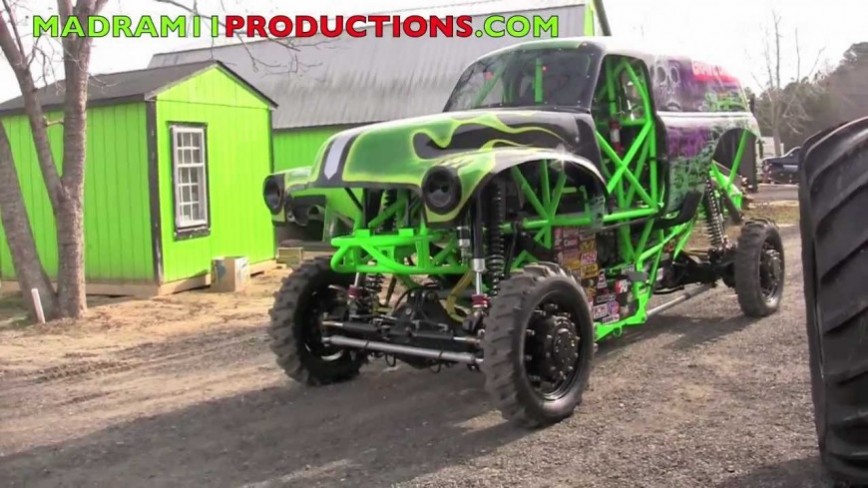