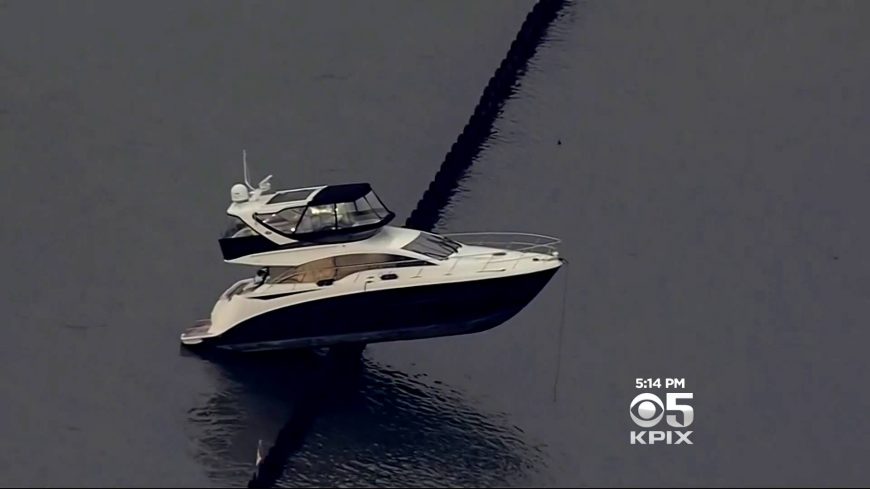 When you hop behind the wheel of a boat, it’s important to know that there are tons of nuances that go into being a proper captain that don’t exist when you are behind the wheel of a car. It might seem like you just hop in your boat and throw down the accelerator to blast around but it’s a lot more than that. It’s really a far cry from driving a car.

One important stepping stone that is pretty much the first step of navigating in a bigger vessel like this one is the fact that you are going to want to stay in the channel, the designated area that is deeper and safer for large ships to travel. Otherwise, you risk running your boat aground and doing some damage.

This time, Channel 5 News caught up with a boater who managed to slide his 51-foot Sea Ray Sundancer right on out of the channel and into quite a precarious situation as the boat ran itself up on a seawall. The owner says it was a little bit embarrassing but hey, you live and you learn, right? At least nobody was hurt in the process outside of a little bit of a scarred ego.

The news report can be seen down below that gives you the inside scoop on what exactly went down to make this happen. You can bet that this guy is going to be keeping an extra vigilant eye out to make sure that something like this never happens to him again.