10 Of The Most Extreme Truck Jumps On The Internet 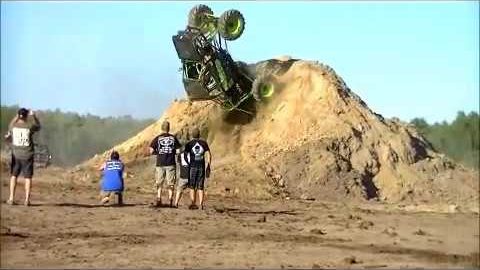 If you take a look around the web, there’re certainly no shortage of clips that have people absolutely sending it. Sometimes, folks are just captured in their natural element, doing whatever it is that they do best and other times, well, people tend to act up a little bit for the camera which creates even more great footage for us to be able to really dig down deep and chomp into, having some of the most entertaining stuff that you’ll find on YouTube, Facebook, and other video sharing platforms like, say, Speed Society!

This time, we take the opportunity to really appreciate some of those moments where folks really went above and beyond in the most literal sense of the phrase, launching their machines into the air in ways which many might have never even seen coming. After all, when you think of a truck, sending it airborne isn’t naturally one of the first things that will pop into your head, however, with a video like this, we get to see almost a dozen times when that was exactly what was on the mind of folks who were behind the wheel and absolutely didn’t have any sort of shyness when it came to pressing down the accelerator and really going at it.

By following down in the video below, you get a taste of 10 times where calling the situation “extreme” was really an understatement as people put their life and limb on the line in the name of reeling in the ultimate adrenaline rush possible. Even fi most folks might not be able to bring themselves to ever go above and beyond like this yourself, being able to soak it in from those who have taken the leap in a compilation like this is nothing short of simply amazing. These guys know how to put on a show!

« Crazy Aerobatics Through The Sky With Massive RC Jet