When it comes to those of us who claim to be gearheads, we might not be able to ...

When it comes to those of us who claim to be gearheads, we might not be able to always agree. I think that we can mostly agree on one thing, though. Anyone in their right mind should be able to come to terms with one simple formula. When a lot of power makes its way to a lightweight platform, there is a ton of fun to be had. Bring on all the speed!

With a build like the one featured here, we are really reminded that horsepower doesn’t have to be limited to dry land. Instead, endeavors that tackle the water can be just as interesting. This time, the means for going fast is none other than a 13-foot boat. If that sounds small, that’s because it is. Just to give an idea of the size that we’re talking about, this is about the same length as most aluminum jon boats on the market.

This machine holds several stark differences from the former, though. Instead of a little outboard on the back, the featured vessel houses a bit more muscle. Instead, the tiny boat has the heart of a lion. Under the hood, we find 1000 hp as provided by a Ford powerplant combined with a pair of turbos.

Saying that this thing really scoots out is a bit of an understatement. When the throttle is dropped, the boat does nothing short of prepare for takeoff!

By following along with the video below, we get the inside scoop on the build. From top to bottom, this thing is pretty much entirely custom. With a custom-molded body, the rest of the parts are naturally going to have to be created to match. When all of that fabrication comes together just right, the creation is a sight for sore eyes. – Auto Rebuilds Garage 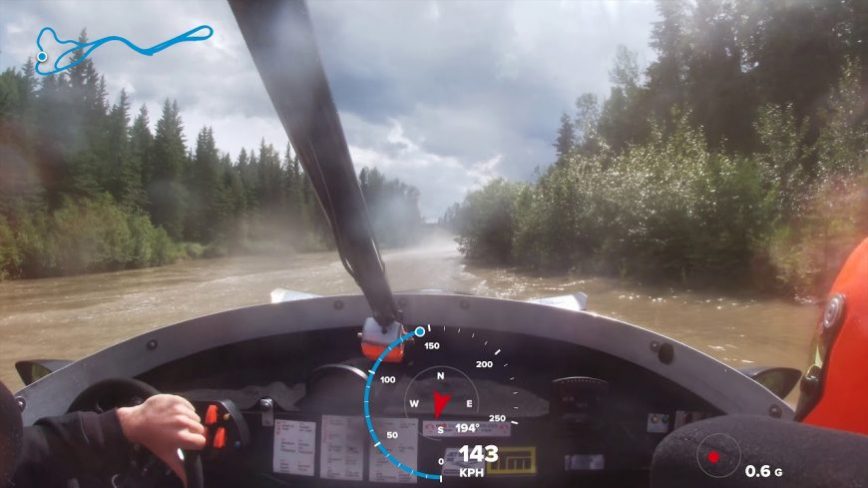