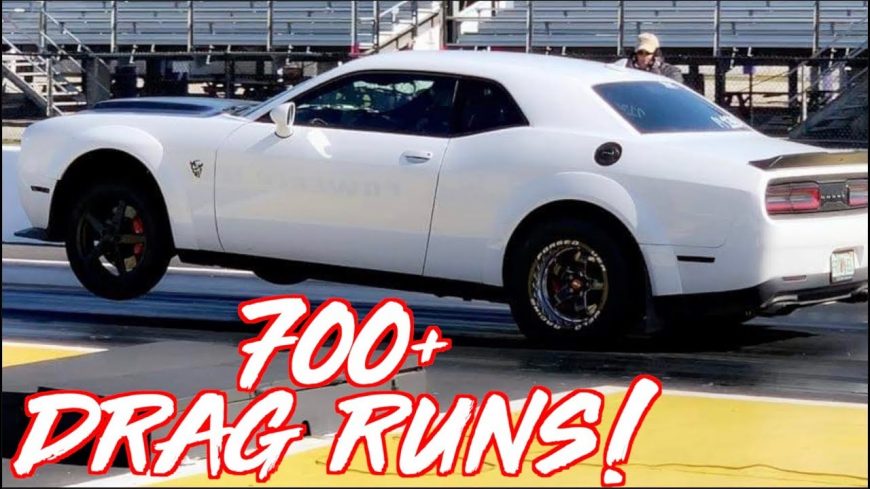 When a vehicle comes out that is slated to take over the performance world, it can be quite an exciting time for us enthusiasts. With the release of new generations of vehicles like the Chevrolet Corvette and Ford Mustang, the water cooler talk can get rather heated. However, it’s been quite a while since we’ve seen an explosion quite as big as the one that has gone alongside the Dodge Demon. Even with a machine that has climbed quickly to the top of the food chain, there’s still something inside some of us that just can’t leave well enough alone.

For some, even having the most powerful production car available here in America simply wouldn’t be enough. Instead, a couple of modifications might be necessary, even with 840 hp being thrown in the hands of owners straight on the box. That certainly is the case with this Demon owner who has decided to invest in a couple of goodies for the car. Now, he doesn’t go buck wild but the result is still four digits horsepower as a couple of simple modifications carry this thing past at 1000 hp mark.

When following along with the video below from That Racing Channel, we are in for quite a treat. Not only do we get to hear all about how some simple modifications like a pulley, injectors, and a little bit of race fuel help to get this monster 1000 hp. We also get to watch it make a couple of passes down the track. This isn’t just any average Demon, even though it’s only slightly modified. The owner says that, in his pursuit of chasing down a good pass, he has put 700 or 800 passes on the car as he tracks it several times each week. Now that is the proper way to wield an American icon.

« Ford’s Bringing Back Gas Engines in their Heavy Duty Trucks