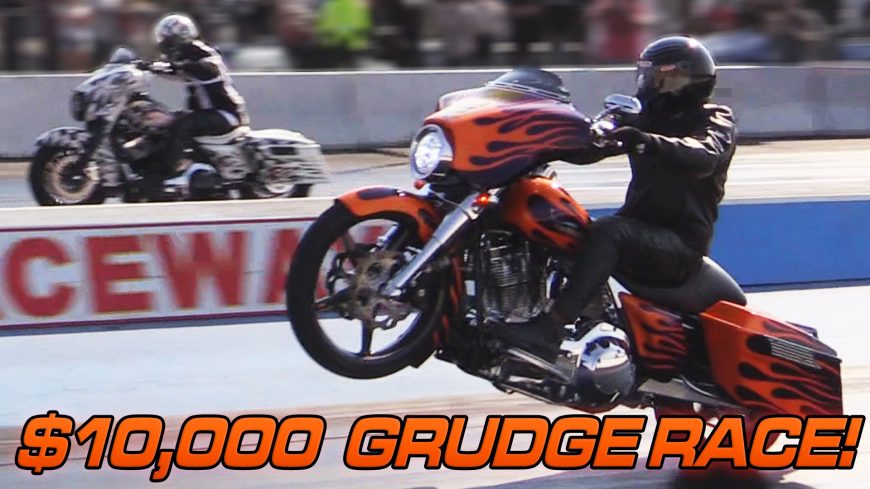 Ah, the grudge race. No matter what kind of racing you like, it’s always good to see a little bit of friendly competition when money is on the line and riders or drivers are going all out to capture that finish line first.

While usually a grudge race will be between two cars or maybe a pair of sports bikes, this time, we check out a $10,000 race between a pair of competitors that are riding something a little bit different.

Instead of your traditional race machines, these guys are on some built Harley-Davidson baggers that are ready for the drag strip, even if their appearance indicates otherwise.

In one lane, we have a turbo street glide and any other, a nitrous street glide, both of which are quite impressive as they rip down the track, pulling up the front wheel.

Check out the video below to see these two big heavy bikes going at one another in a killer race. It’s kind of weird and exciting at the same time to see machines like this moving that quickly.

« Has the trend of being “low” gone too far? Nissan 350Z gets stuck on a bump in the road