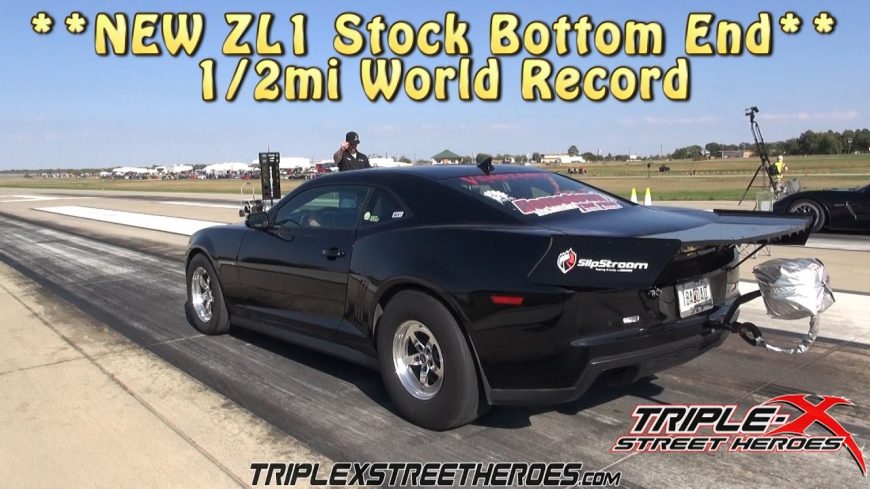 When it comes to being a speed demon, there are all different types and forms of racing that can tickle your fancy. This time, we check in with a diabolical Chevrolet Camaro ZL1 that has shown off its abilities in a variety of forums but this time, chooses to take on the Wannagofast half mile.

With nearly 1000 hp on tap and matching torque up under the hood, this 4000-pound car is nothing short of an absolute rocket as it uses multiple power adders in a nitrous complimented supercharger setup that’s put in motion with a mix of fuel and methanol injection to rocket its way down the 2,640-foot racing surface to haul in some record-breaking numbers.

The Vengeance Racing build was able to smash its way to a 178.7133 MPH pass, thus making it the fastest ever Camaro ZL1 to ever Power its way down the half mile with pure force on a stock bottom end. That is something to really be admired as that kind of power out of a stock bottom end isn’t common at all and it certainly backs up the numbers when it comes time to be put to the test.

All of the action was captured by our friends over at Triple-X Motorsports and can be seen down in the video below along with some up close and personal shots of the car that includes the owner’s input on how exactly this machine was able to climb to such heights.

« This is what they do with all of those old oil filters!