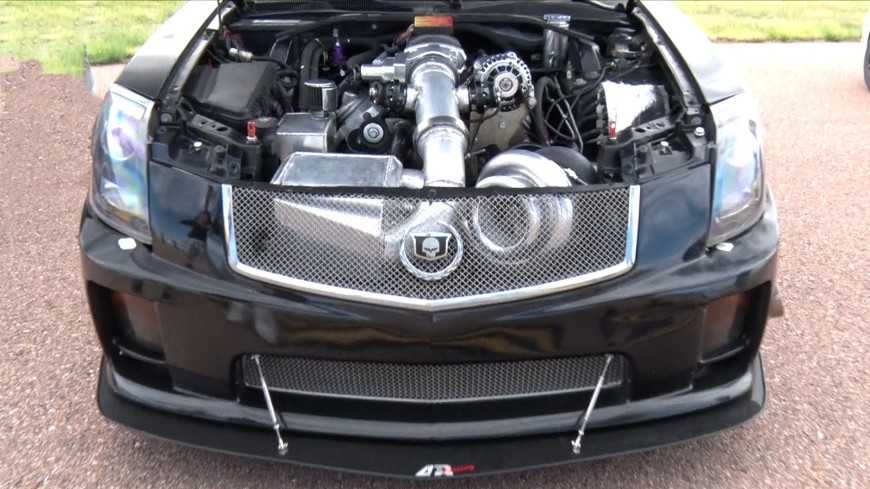 This event was a half mile either form a dig or rolling start which ever you decided at the line. Speed Society is an official sponsor of all the Shift-S3ctor events coast to coast. Our personal opinion of this car is right in line with what Kyle stated. The car sounds incredible all while sporting a 101mm turbo peaking out of the front grill hood closed. This Cadillac is bad to the bone and about to eat up a Ford Mustang here.

“This was probably the NUTTIEST car we encountered at the Pikes Peak Air Strip Attack – this 1170hp 101mm turbo equipped Cadillac CTS-V was turning heads everywhere it went. Hop into the passenger seat as we race down the 1/2 mile raceway at over 180 mph!”

The chute and turbo eliminated any chance of this being a sleeper form either the front or the back. The car is report to be weighing more than the previous setup. The car is around 4400lbs in the video below. Besides the GTR and a few big nitrous cars there was not much that would be able to hang with this caddy. Here is what people are saying.

OK so basically, right now the only thing is that this guy needs some tire on the beast? Fair enough, carry on