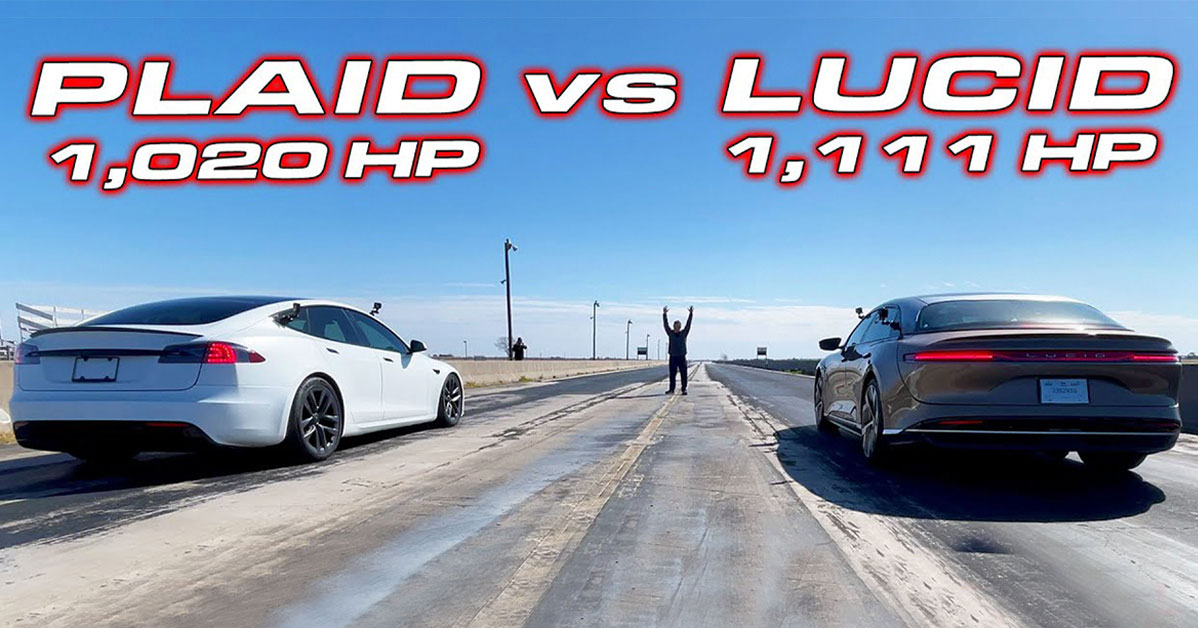 When most consumers think of the electric car, likely, their first thought is that it’s going to save them on fuel costs. While this might be true, there can be more benefits to the electric vehicle than simply being able to avoid gas stations. Not only are these things efficient when it comes to saving on fuel. Electric motors can also provide an incredible punch in the world of performance as well.

That’s to the Tesla Model S, for the past couple of years, drag racing enthusiasts have been familiarizing themselves with exactly how potent EVs can be. Performance versions of the Model S had managed to find their way deep into the 10-second range as spectators watched the platform beat up on a wide variety of our combustion-powered favorites..

While the prior models of the Tesla Model S were impressive, what the latest rendition is doing is downright wild. With the title Tesla Model S Plaid, we have watched the electric vehicle become the fastest production car to ever make its way down the quarter-mile. With that, we have spectated it as the car has stacked up against a litany of high-performance machines, including the purpose-built Hoonicorn Mustang that creates 1400 horsepower. Let’s just say that some of these races have had some surprising outcomes.

With these revelations comes an all-new question.

We have seen that Tesla can really tap into electric power and make it incredibly fast. How exactly is going to apply to the rest of the electric vehicle market, though? Will Tesla be a lone wolf when it comes to creating 9 Second electric vehicles or are others going to join in on the fun and make something that might even be faster than the Model S Plaid?

By following along with a video below from DragTimes, we get to watch as the 1020 hp Model S Plaid goes head to head with an electric car that boasts even more horsepower in the Lucid Air Dream Edition that is sad to make 1111 hp.