Sure, someone could go about a drag racing build by picking out a platform that looks ...

Sure, someone could go about a drag racing build by picking out a platform that looks as mean as it really is. On the other hand resides an option that’s a touch more interesting. On this side of the fence, the cars don’t really look like they’re about to rip your heart out. These drivers choose something that is a little bit more unsuspecting and designed to surprise competitors. This is where the real fun begins. There’s a sort of guessing game that can back up these cars. As we add up the visual queues, most of the time, it’s hard to tell where the result will land.

With an LS under the hood with a touch of boost, this unsuspecting sedan is transformed into something amazing. It really takes the term “sleeper” and maximizes the potential.

Instead of carrying out its original function of heading to the supermarket on Sundays and putting around to get to church, this Ford LTD has been transformed into a sports car eating machine. That’s right, the boost is making this thing stand out from the pack and take its fair share of victims at Holley LS Fest West.

The fact that the car is a boat makes it all that much better when it lays down the law. Before we know it, this thing is cracking off passes in the 8s! Just imagine the shock on the look of someone who has to roll up next to this boat as it cracks an 8.49 in the quarter.

Check out the footage below in the BigKleib34 video that shows what the sedan is able to do. After watching a flick like this, we really learn to expect the unexpected. Judging a book by its cover certainly wouldn’t be the right call in a situation like this. You might just catch a loss! 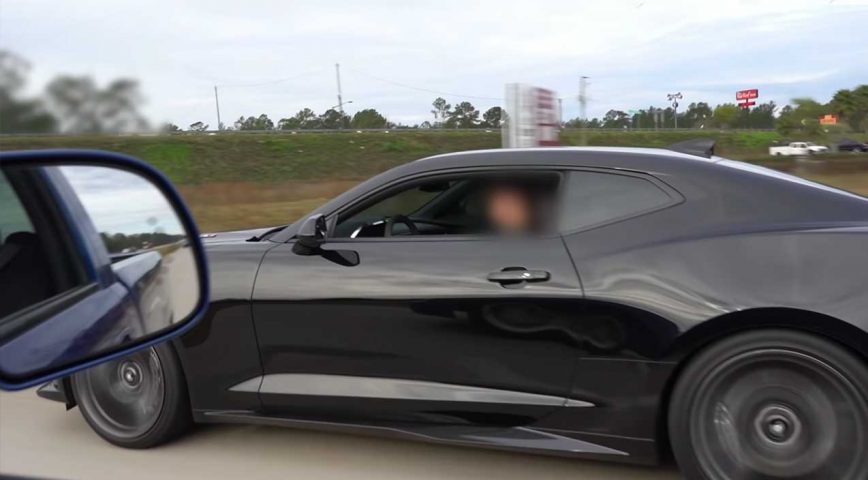