Can you remember what you were doing at 12 years old? Just to help freshen up your ...

Can you remember what you were doing at 12 years old? Just to help freshen up your memory, that’s around the age of a sixth-grader. For most of us, the answer is probably something along the lines of perfecting riding a bike or maybe working on some fractions.

However, let’s just say that not all 12-year-olds are exactly created equal. When it comes to the case of Ruslan Greasehandz, he isn’t exactly your typical 12-year-old. Instead of being perched atop a Huffy, this young man is behind the wheel or something a little bit more impressive. Furthermore, he isn’t just learning how to drive but instead finding a way to master the craft.

For the observant among us, they have probably noticed, at this point, that we’re talking, of course, about a Polaris RZR. Now, we have to say that if we heard about a 12-year-old getting behind the wheel, our expectations wouldn’t be very high. Instead, we would probably be impressed with such a kid being able to rip around in one of these things on flat ground.

In this case, though, the experience goes so far beyond that. Instead, Ruslan manages to do something behind the wheel that we probably wouldn’t expect out of most adults. At the end of the day, this act takes a lot of courage and a willingness to stay in the throttle in order to not get injured with such a stunt.

By following along with the video below, we check out the scene as the youngster in question hops behind the wheel of the RZR and launches it over the Glamis Canal. The wide body of water is certainly one that would provide a challenge for even experienced drivers. However, this youngster is getting it done at just 12 years old.

In this video, we learn a little bit more about what has led him up to this point and how he managed to accomplish a stunt like this at such a young age. 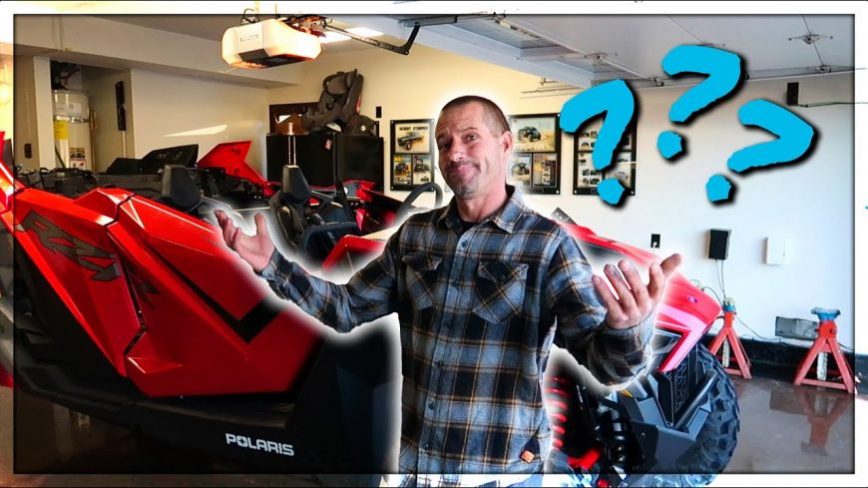