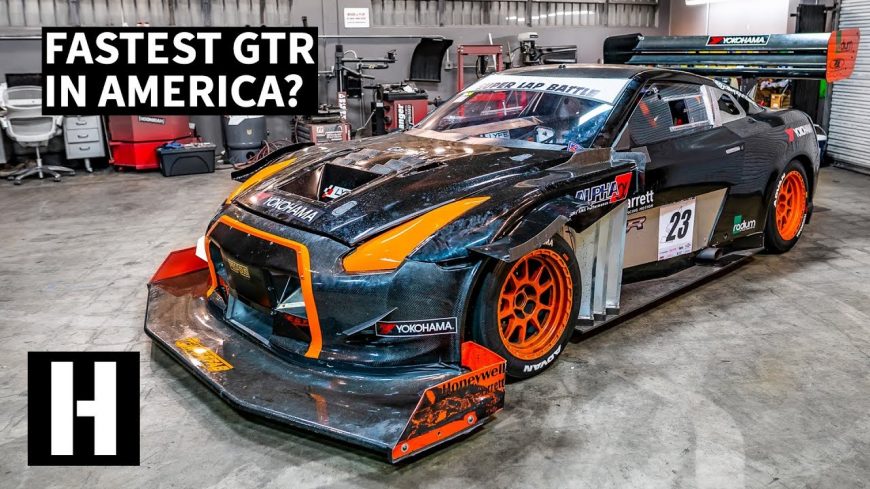 The guys at Hoonigan are back with another installment in the build biology series, and this time we’re diving into a ride that totally new stuff to me, which is always cool to have the chance to learn about new niches in the racing world.

This car, a gnarly 1,200 horsepower GTR built for time attack and hillclimbs, looks very much like something out of a video game to me. Specifically, for those who were born back in the 80’s and 90’s, there was a Suzuki on Grand Turismo 3 if I remember correctly, that when fully upgraded, looked something like this. It was a pedestrian little car in stock form – not something any GTR has ever been accused of for sure – but when you hit those max upgrades, the game added massive front and rear wings and cranked the output to something like 1,300 horsepower. So it’s basically the same, except on a way cooler platform. Oh, and it’s real life, not on Playstation.

This car currently holds the lap record at Circuit of the Americas, and laid down that record setting lap on mediocre tires with a hurt engine, proving that when your driver is on point and your car is badass, even when it’s down on power and grip, it can still be record-setting fast!

The aero package on this car is over the top, literally and figuratively. The massive front and rear wings are only a part of the equation, with the 2010 GTR platform receiving many other more-subtle-but-equally-functional modifications to keep the car planted at high speeds.

Inside, this ride is all business. There’s no room for creature comforts when the car is already heavy as heck in a class full of lighter cars, so the interior is all-business. Underneath is mostly the same; full on race car stuff, despite the car starting life as a showroom stock GTR. As driver Cole Powelson and Hoonigan’s own NADS talk about the car, you’ll understand why things are the way they are and what makes this car so undeniably cool!