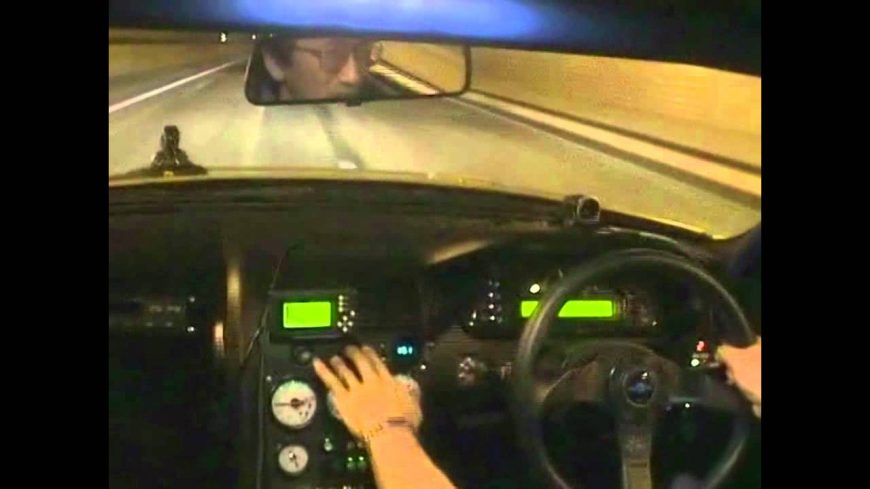 Sometimes, drivers will go to insane lengths to get a little bit of a thrill and this time, we check out a throwback that does just that as this driver kicks it up to another level and takes a camera man along with him on a journey that had to be pretty terrifying, to say the least, but in a good way. It’s not something that we would recommend trying out at home but from this side of the screen, watching and listening to that twin turbo 1200 hp Nissan Skyline hurl itself through the tunnel and reach astonishing speeds is just something that you have to watch out for.

This one almost has that early 2000s vibe and we’re loving every minute of it as this old-school video take us along for the ride of a lifetime. That cameraman had to be clinging to the seat and holding on for dear life as a car would rumble all the way up to 203 mph through the tunnel, making its presence felt as it absolutely blistered the blacktop, going twice as fast as most people will probably travel in their entire life.

From what many drivers who have managed to eclipse that 200 mark have said, going that fast is a whole new ballgame even from 150 mph so we would imagine that doing it in a tunnel has to be twice the thrill as the throttle is absolutely pinned and the boost goes to work.

If you follow along in the video below, you’ll be able to go for the ride yourself so be sure to grab your popcorn, definitely buckle up your seatbelt, and press play to see exactly what it’s like to make this kind of the journey. After tuning into this one, be sure to tell us what you think of the 200+ mph pull of a lifetime.

« 10 Facts About Dale Earnhardt Sr. You Need To Know