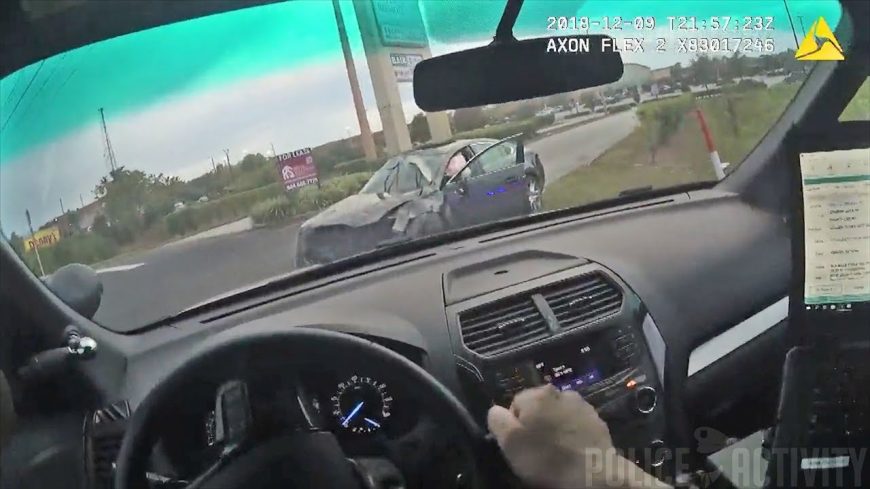 In the line of duty, for a police officer, I would think that no two days are exactly the same. While every day might not look like an action movie, we would venture to think that no two days end up being the same. Every once in a while, though, we would be inclined to think of something crazy may just happen beyond any officer’s wildest of dreams. When you have the job of policing an entire community filled with different opinions at all kinds of people who might be unpredictable, you never really know what series of events is going to come together and who is going to interact with another person that gives rise to something that could be a disaster.

This time, we join in on a situation as a police officer most definitely got involved in a chase that really had a bunch of twists and turns that nobody would’ve expected. In fact, it wasn’t just one officer but plenty of them who were chasing down a car that would eventually roll over with the suspect being able to get out and flee after-the-fact. However, this is where the craziness would get wilder after the whole chase came to a halt as law enforcement would discover that the person who was running from them, the one who stole the car, was none other than a 14-year-old child.

The footage below shows the body camera footage that was rolling as the officers responded to the scene and discovered what was going on. They certainly had to be beside themselves when they saw who it was they were chasing after. Luckily, it looks like nobody was too banged up in the incident and hopefully, this youngster is able to get the help necessary to make sure that he doesn’t of getting caught up in more incidents like this in the future.

« Lizzy Musi vs ’55 Chevy at the Dirty South No Prep