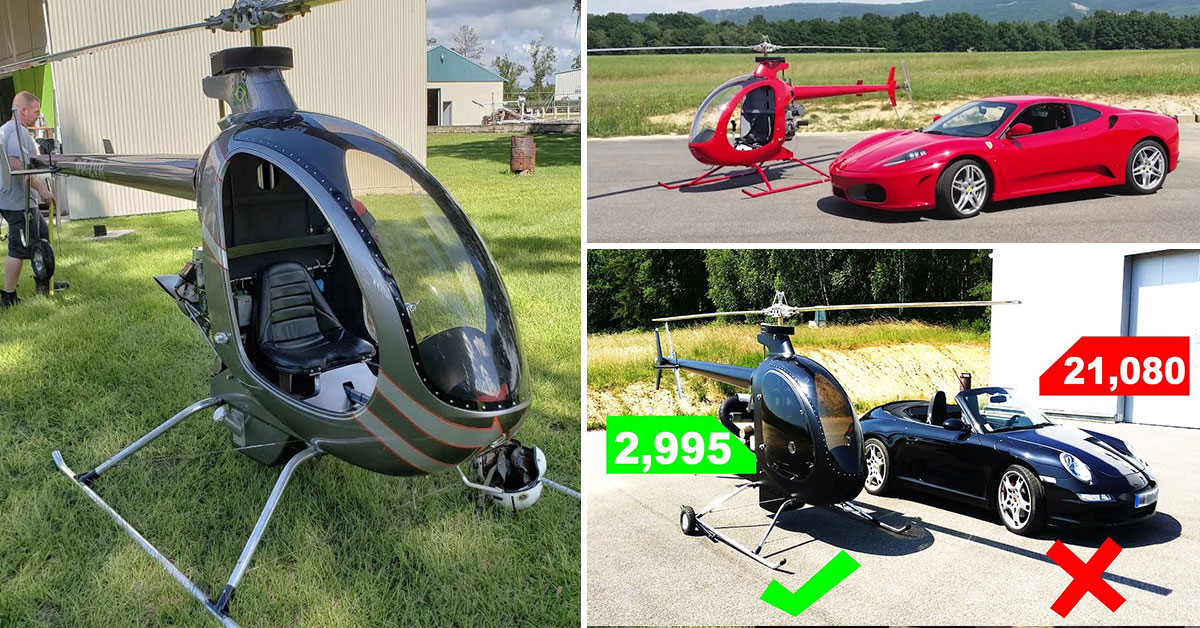 If there’s one thing that most of us have never thought about, it’s the possibility of purchasing a helicopter. At the end of the day, most people realize that a helicopter is likely out of the budget. Even if someone finds that they can afford one of these things, getting behind the controls of one is going to require a lot of experience and maybe even a license. Right?

Well, maybe we shouldn’t exactly think so fast. Instead, there are companies out there that focus a little bit more on budget-oriented helicopters and cater to people who don’t have a license to fly. On the surface, this might sound a little bit sketchy but trust us when we say that it’s not as crazy as it sounds. Instead, all sorts of people are out there taking leisurely flights in their own personal helicopters!

This time, we check in with 15 of the cheapest helicopters that you can easily buy and go on to fly without a license. While the list does start out on the more expensive side, finding choppers that touch the million-dollar mark, eventually gets cheaper and cheaper until we find our way all the way down to the least expensive chopper on the menu. At the bottom, we tune in with a machine that only costs $3000 and will get you in the air.

Now, this $3000 unit isn’t exactly going to be the same as the million-dollar helicopter. It’s not going to provide a lot of room or luxury but it will be able to get somebody up in the air and flying. Down in the video below, we take a look at these 15 cheap helicopters, at least when you put it all in perspective, and what exactly it will take to get each one of them in the air.