15 Minutes Of The Greatest Truck Action From Trucks Gone Wild! 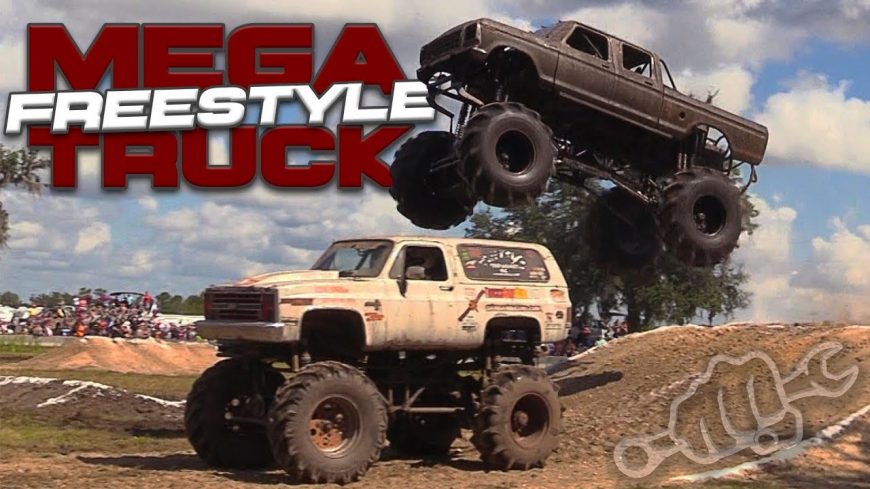 When it comes to going big in the dirt, you can always count on mega trucks to have your back and this time, we check out some mega trucks going big while doing something a little bit different. Our buddies over at Busted Knuckle Films have been recording the action from these monsters for a long time and this one is truly one of the most memorable events that they have captured.

The video features no less than 15 minutes of footage showing a lot of the action from Trucks Gone Wild. One of the cooler moments comes when a pair of brave mud truck owners decided that they were ready to hit the dirt ramp and go leapfrog style with one jumping over the other! What goes up must come down and the jumping truck most certainly came down hard but if I were a betting man, I would be willing to wager that the drivers were enjoying every second of it and the crowd on hand was probably even more into the action as the drivers threw their trucks at the liberty of gravity.

There are several trucks hitting the ramps and getting massive hangtime as the drivers risk their truck and their own safety to put on a show for the fans and the ragtag panel of judges who score each run. There’s no doubt that everybody on the property, from the drivers to the fans to the guys behind the cameras themselves had a blast at Trucks Gone Wild, an event we just might have to attend ourselves in the future. Check out the Busted Knuckle action down in the video below as they put us on location to witness some of this high-flying adrenaline rush. One thing is for certain, these drivers put some skin in the game to try out these high flying antics that really stopped the show!