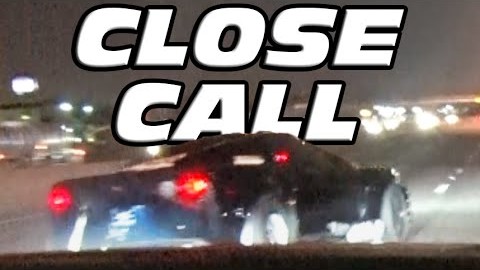 High horsepower and low traction on the street almost always calls for a sketchy situation, but this time, things escalate more quickly than normal when a 1500hp Chevrolet Corvette nearly loses control and eats it!

Here’s what 1320video had to say about the incident as they were on location “This one will make you pucker and luckily it doesn’t end as badly as it could have! This NASTY D3 Performance built twin turbo Vette was JUST completed and took to the streets shortly after – but things don’t go so well when the big power Vette tries to take down a Nissan GT-R!”

Check out the video below to see how the situation unfolds and prepare to have your stomach drop! Maybe it’s time to get a new set of rubber.

Ever seen a C6 Z06 on steroids? Don’t miss this bad machine!