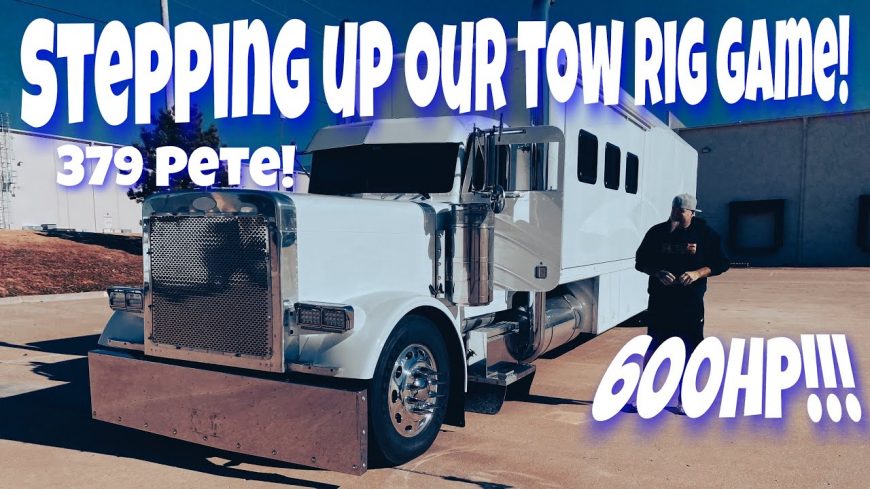 If there’s one thing that’s hard to explain to somebody who doesn’t spend a lot of time on the road, it’s just how difficult it can be to live a substantial chunk of your life away from home. Having to travel constantly and not spending very much time at home can definitely be an exhausting grind. Throw in the physical labor of having to maintain and compete in a race car and things can really end up having a way of draining somebody to their core.

As a mainstay on No Prep Kings, competitor, Shawn Ellington aka “Murder Nova” finally decided that he wanted to treat himself and the team to something nice to live out of when they’re away from home.

Sure, going out and spending a bunch of money on a rig is something that many think that every Street Outlaws cast member might have done at this point. However, that’s a ton of money for anybody, even those guys who compete on the drag strip for a living.

This time, though, we get to check in with the new toy in a 379 Peterbilt that has quite a few creature comforts. Honestly, after checking in with this thing and hearing about the lack of living quarters that Shawn and company had been dealing with, we can’t help but have an all-new level of respect for what these guys have been out there accomplishing.

Life on the road is still going to be tough no matter what kind of amenities you have. However, we would think that a tool like this would certainly go a long way toward making things just a little bit more comfortable and maybe even more productive as well.

Down in the video below, we get the complete tour of a truck that seems to be a very necessary addition to the 187 Customs fleet. At the end of the day, we wouldn’t be surprised if this one ended up being one of Shawn’s favorite rides.