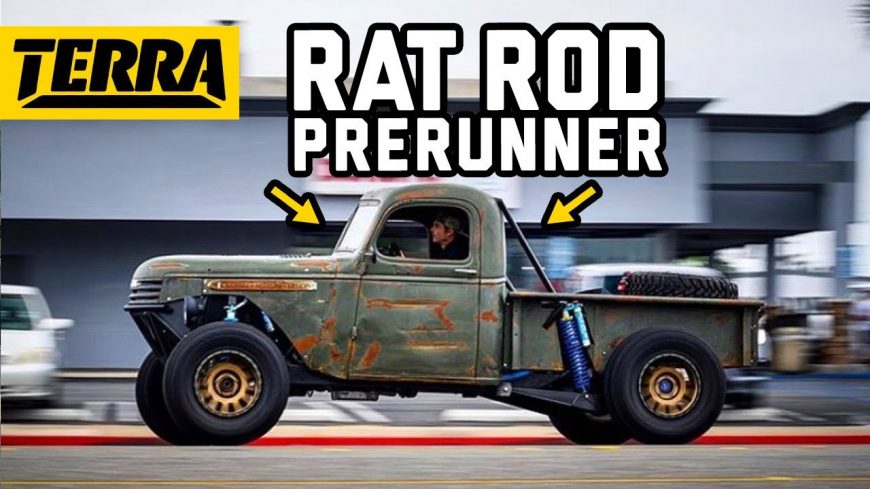 When we picture a Prerunner, what exactly is it that comes to mind? While a Prerunner seems to be a couple of steps down from a trophy truck, we still don’t picture it being an old school pickup. Instead, vehicles like Ford Broncos or maybe late-model pickup trucks are the most common to be beefed up a little bit to be able to handle the desert. However, that isn’t to say that somebody couldn’t get radically creative and put together a Prerunner that’s a little something different.

This time, we get to check out a couple of different worlds as they collide. In one corner, we have the aforementioned Prerunner design. In the other corner, though, we check out a rat rod. It’s not something that we would expect to see blasting around out in the desert. However, watching a 1941 General Motors pickup truck body combined with an aggressive off-road layout is definitely a combination that we can’t get enough of.

This time, we go along for the ride as the Terra Crew YouTube channel takes us inside of this Prerunner rat rod and shows us what it’s all about. Sure, the tried-and-true would probably have been a lot easier and a more direct way of getting down to the fun in the desert. However, we would venture to think that the rat rod Prerunner brings a lot more attention and creates something truly special to be proud of. In addition, eyes have to be glued to this thing everywhere that it goes.

By following along with the video below, we get the up close and personal behind-the-scenes look at what makes a truck like this so special. When the folks at General Motors built this pickup back in 1941, we don’t think that it was even a part of their wildest dreams to think that it would ever end up in this form today.