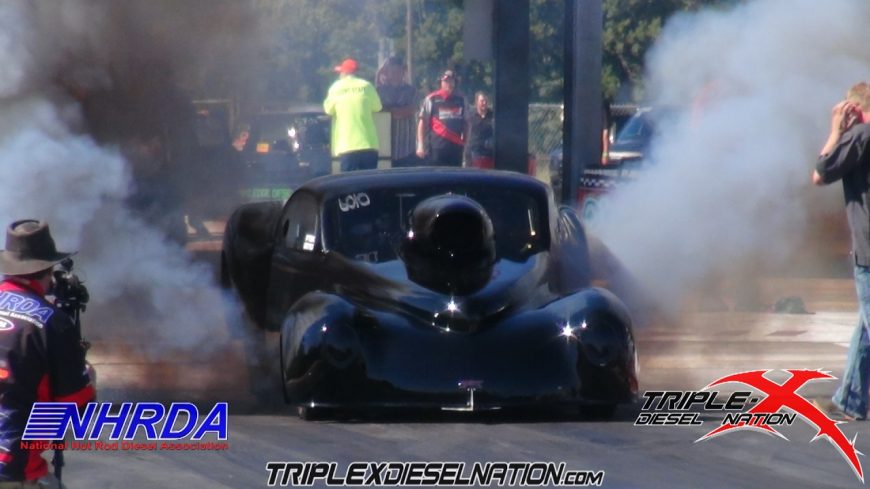 When it comes to the most powerful in diesel machines hitting the drag strip or operating in any other facet of motorsports, you can count on our buddies over at Triple-X Motorsports to capture the action and get you a first row view of the most exhilarating machines to ever be wrenched on.

This time, we check out the likes of a 1941 Willys that, with its sleek curves and shiny black finish, has earned the “Batmobile” nickname and, with a name like that, let’s just say that you’re going to want to have the performance to back it up and this thing certainly doesn’t disappoint in that arena.

With the help of a twin turbo setup strapped to a 6.6 L Duramax diesel engine, the Batmobile was able to crank out 1400 hp and an accompanying 2000 lb-ft of torque. When all was said and done, what do those numbers transfer to on the strip? Well, we think that you’ll be incredibly excited to find out that the machine is able to find its way into the 7-second range with trap speeds reaching 184 mph. I don’t care who you are; that’s moving!

Check out the video below as we get an inside look at this powerhouse of a machine and watch its journey down the strip as it slashes to some impressive numbers to back up the looks and the name. This thing has to be a head turner whether it’s doing the show and shine on a sunny weekend or shimmying down the quarter mile with all that power!

« The Sketchiest Ferry Loading We Have Ever Seen! Time it Right!