Sometimes, collectible cars can be a funny market to watch. Sometimes, you can ...

Sometimes, collectible cars can be a funny market to watch. Sometimes, you can predict which cars are ready worth good money and which probably will end up just being a novelty and passing by, however, other times, cars might not seem to really make all that much sense as being worth a lot of money but can end up surprising you. Sure, I’m sure that, to an extent, you might be able to predict what’s going to be worth the hassle and what’s not but there are times where it all really just takes you off guard as to what brings the big bucks.

Now, if you follow closely with the Ford Mustang community or even if you are just somewhat familiar with their collectibility, you know that a 1967 fastback is a ride that will bring a pretty penny and a Shelby GT500, even more, as it’s one of the most sought-after early versions of the car that there is. It’s unclear if it’s nostalgia or rarity or some connection of both of them but it really seems to be a vehicle that will bring a ton of money at auction. However, when a machine that just so happened to be a replica of on of those very cars rolled across the block, you wouldn’t think that it would bring all that much money but when one made its way to Barrett-Jackson, it was a whole different story that would unfold in front of your eyes.

Follow along in the video down below to just see how high a car like this will go, dollar wise, when it rolls across the stage and the bidders can make their effort at adding it to their collection. Live auction situations like this can get pretty exciting as the bid just seems to keep on going up and up. After this one, be sure to tell us what you think of where exactly this old school replica car ended up when all was said and done and the final bid came down. 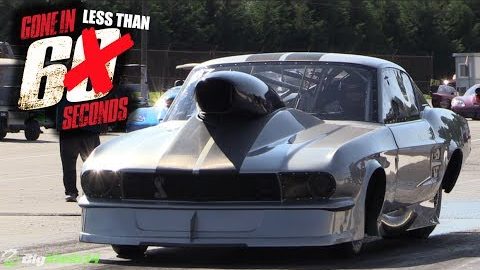