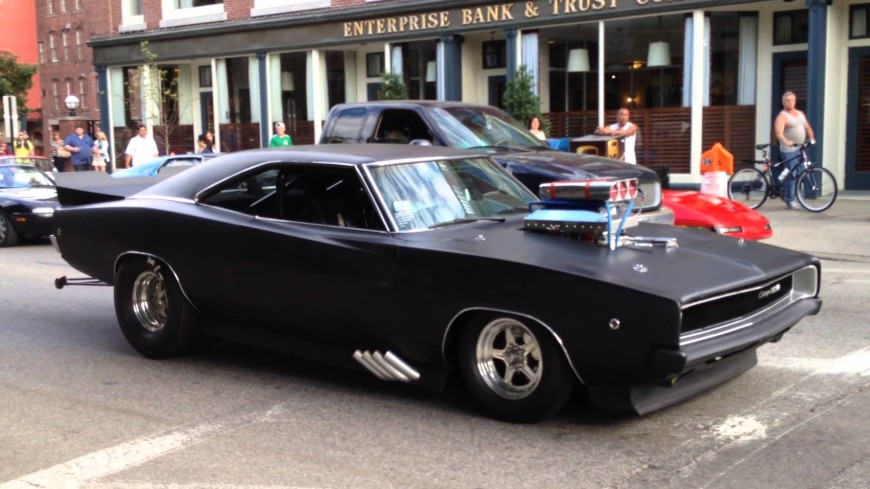 Every once in a while, we see a car that we can’t help but let our jaws drop over, and we would have to say that this Dodge Charger is a prime example of that rare phenomenon.

Clad in a gnarly flat black paint job with a supercharger sticking out of the hood, this thing just looks like it’s on kill mode. When you toss in the fact that it sounds like it’s ready to change the Earth’s rotation, the sensation becomes amplified.

There’s just something about the roar of an old school muscle car that always draws our attention after making us up and drop whatever it is that we’re doing!

Check out the video below of the drive by that would make small children shake in their boots if they were nearby. This classic car is one incredibly in your face machine.

Check it out below as this Challenger roars to over 1600hp!