Detroit’s Autorama, to a gearhead, is basically like waking up as a kid on ...

Detroit’s Autorama, to a gearhead, is basically like waking up as a kid on Christmas morning knowing that there’s going to be all kinds of presents under the tree. The joy inside begins to rise until you get to walk around the show and see all of the hard work invested into all sorts of different platforms in the name of making them pop out amongst the crowd that features some incredible builders.

ScottieDTV was out at the show and we’re sure that he caught tons of insanely crisp and clean builds. This one most certainly falls into that category as the 1969 Chevrolet Camaro known as “G-Code” leaves no stone unturned on the road to becoming a showpiece worthy of being admired. In addition, the person behind it seems to have a real keen eye for style as color and aesthetic looks meet custom engineering to come up with one cohesive picture that just feels right!

An LS3 engine that’s punched out to 416 cubes under the hood is just where it starts as the build as the Ringbrothers design cranks out almost 1000hp. As Scotty proceeds to walk around the car, more and more one-of-a-kind touches are revealed that show just how much work has gone into overhauling this car, inside and out, to present a custom appearance that is unlike any other even though we have seen plenty of 69 Camaros done before. Heck, it’s one of the most popular cars that you’ll ever see modified, after all, but this one is spectacular.

The video of the car can be seen below. Take a look at the ride in its entirety and be sure to pick out which feature of this detail-oriented machine is your favorite. There are so many to pick from here and we get a feeling that you’re going to have a hard time finding just one!

6 Stupid Mistakes People Make While Working on their Cars or Trucks! 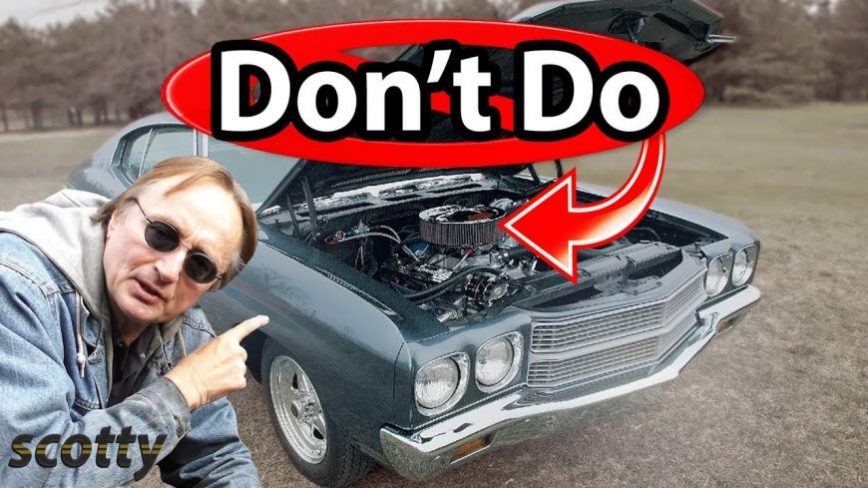