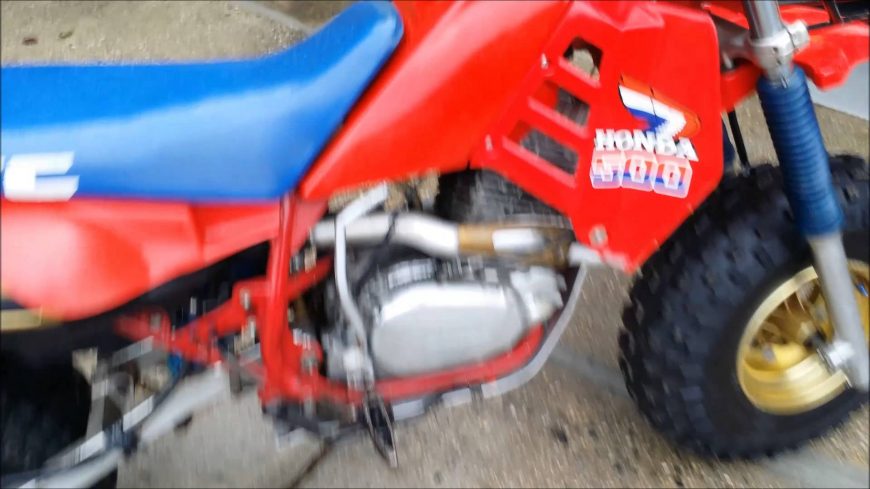 Sometimes, when it comes to things that are designed to move you on a set of wheels, for many of us, we can’t just leave well enough alone. Whether it’s anything from a car all the way down to a pit bike and everything in between, sometimes, you just can’t help but begin to wrench on it and modify the machine, trying to make it a little bit faster than it was when it came out of the box or perhaps, turn it into something that the people who created it wouldn’t even recognize. That’s half of the fun of having a modified machine is watching your vision come to life.

This time, we check out a classic and a 1985 Honda 250R, a very compact bike that has been modified a little bit and even received a new power plant. These bikes are extra fun because of their lightweight frame that allows them to have a sincere advantage when it comes to power to weight ratio. As the owner of this bike has been messing around with the platform a little bit, it looks like he’s decided to slap an engine from a bigger bike into it as it has received the heart of an Xr500, making things a little bit more interesting.

If you follow along with the video below, you’ll be able to see the results of such a combination as they come together in one concise package that really looks like it would be an absolute blast to take a ride on. There’s something just so interesting about seeing all these combinations as they come together that really allows you to get a unique perspective on how different builders see said platform of their choosing and how a little ingenuity goes a long way toward making awesome happen.