As you could imagine, a rapper like 2 Chainz has some serious money, money that he ...

As you could imagine, a rapper like 2 Chainz has some serious money, money that he can spend on just about anything and probably has. Therefore, it would probably take a good amount to impress him. This time, he takes a step inside of West Coast Customs to get a guided tour and see some vehicles that manage to do just that. The only do these rides clock in at a pretty penny but, they aren’t necessarily just something that anybody with money would be able to buy off of any showroom floor. The machines are truly one-of-a-kind and if you buy one, you’re pretty much guaranteed to be only one with anything like it.

As standing out from the crowd is a big part of culture these days, I think that just about anything that you take off of the WCC floor would put you in the spotlight. In this little tour, they look at a variety of cars from a late model Dodge Charger that has been shortened from a four-door to a two-door to a pink Mini Cooper that has a roof encrusted completely with Swarovski crystals, but the main star of the show here that really impresses Chainz is none other than a DeLorean. That’s right, we’re talking about that car that went from 0 to 88 mph in order to go back to the future. However, this isn’t the stainless clad machine that you’re used to laying eyes on.

If you follow along with the clip down below, you’ll get the full tour of the car that has had a slew of impressive and completely custom modifications from lightning it up with an aluminum body to replacing the powertrain with a supercharged Corvette setup and even widening it a little bit along with slapping a white coat of paint on it. People who claim to be DeLorean purists would probably hate this thing but, I think that just about everybody else who has an eye for what’s impressive on a vehicle would at least take a second look at this thing and respect the work that has really made the machine one-of-a-kind. You don’t see something like that every day and when you’re looking for one-off, this is your place! 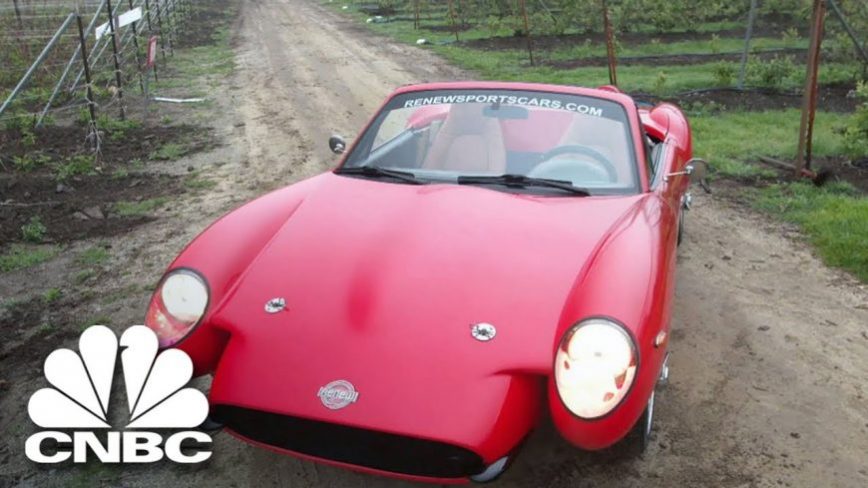