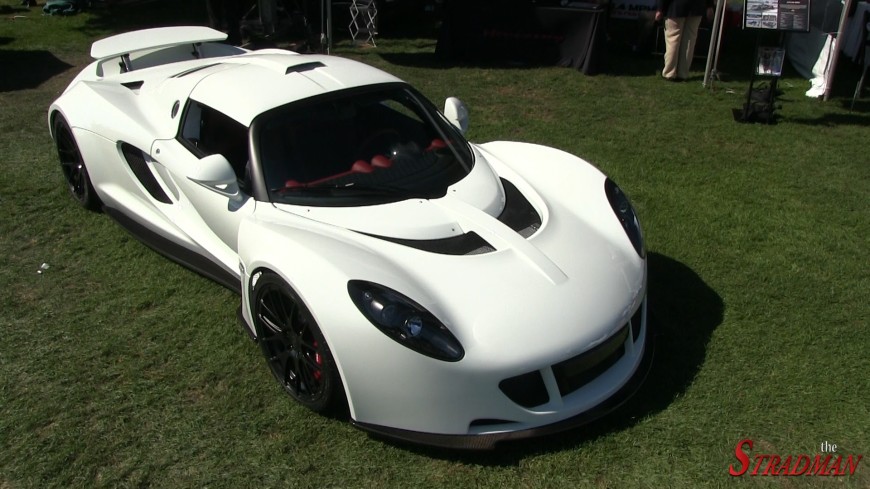 These two Hennessey Venom GTs were in Monterey, California during Car Week 2014. The Venom GT was on the concept lawn at the Pebble Beach Concours D’Elegance.  The Hennessey Venom GT set a top speed of 270.49 mph at the Kennedy Space Center in Florida.  It does not qualify as the world’s fastest production car in the Guinness Book of Records due to only 11 of these cars have been produced to date (to qualify it must be 30 or more) . The Bugatti Veyron Super Sport still holds the Guinness World Record of 267.85 mph.

The Hennessey Venom GT sells for a price of $1.25 million, half the price of the $2.5 million dollar Bugatti Veyron  Super Sport. It is based on the chassis of a Lotus Exige and shares a similar design. It is powered by a twin turbocharged 7.0L GM LSX V8 Engine. The engine produces 1,244 horsepower and weighs only 2,743 pounds.  This is America’s Hypercar!! Watch the Hennessey Venom GT on the road below.