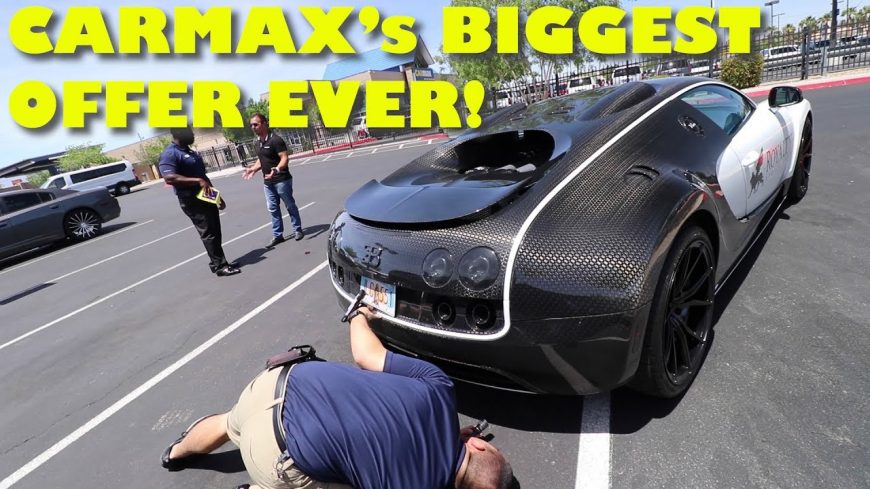 Sometimes, when the YouTube community comes up with a formula that’s repeated by multiple channels, it can get old rather quickly. Don’t get us wrong, seeing different takes on the same idea can be pretty entertaining so you can catch all sorts of different opinions on one matter but after a while, the same idea really gets beaten down and it’s like beating a dead horse. However, for some reason, with each and every machine that makes its way into CarMax for an unlikely appraisal, we can’t help but have our eyes glued to the screen to see exactly how the people working there are going to react.

This time, we catch up with YouTuber, The Stradman, as he rides along with not just any Bugatti Veyron, but one that’s hooked up with the Mansory goodies that tack a little bit of extra cake on top to make this thing worth even more money, as if a car that clocks in with a million dollar price tag still isn’t enough.

Now, these guys believe that the car is worth about $2 million or so but what would that equate to when a company like CarMax attempts to buy it, if they even want it? They obviously have to make money on the vehicle and it’s not really something that they’re going to sell quickly off of one of their lots as the car definitely doesn’t reach out to their target customer or very many customers at all in any market… unless you have some major coin laying around.

If you follow along down in the video below, you’ll get to not only see the CarMax appraisal but also, you’ll be able to really soak in a beautiful work of art that is the Veyron Mansory. After checking out this video, be sure to tell us what you think of this rendition of a Bugatti and what you think of the appraisal that the guys ended up getting for the car.