Could a $20 Sandblaster From Amazon be Any Good? Let’s Find Out!

Could a $20 Sandblaster From Amazon be Any Good? Let’s Find Out!

In this day and age, one could order just about anything that they want on Amazon. ...

In this day and age, one could order just about anything that they want on Amazon. There are literally millions of options to choose from. The only question is where to start.

For gearheads like ourselves, the garage tends to be an area that can be quickly populated by Amazon finds. However, one of the lurking questions with some of these items is if they actually work.

While Amazon sells a lot of quality name brands, there can also tend to be junk shuffled in here and there. This leads us to wonder if that cheaply priced item is going to be a diamond in the rough or just something that ends up in the trash.

This time, we check out an item that would traditionally be rather expensive to add to the garage. Naturally, there aren’t a ton of people who have their own personal sandblaster and there’s a good reason why. However, with this attachment for a pressure washer that turns it into a sandblaster, this tool could be at your disposal in a matter of one click of the mouse.

So the real question is if this thing is actually effective or not.

By following along with the RYAN MAYER video below, we’re able to check out the likes of an Amazon sandblaster that can be brought home for somewhere in the $20 neighborhood. The prices on these things tend to fluctuate a little bit but we wouldn’t expect to spend any more than $30 on it which is what the current listing price is.

In this one, we watch as the sandblaster is put to the test against a frame that is going to be undercoated. At the end of the day, $20 isn’t that big of a risk even if this is something that’s used sparingly. In the example that we see here, though, it looks rather effective for the price!

How Bad is the $13 Harbor Freight Paint Spray Gun? 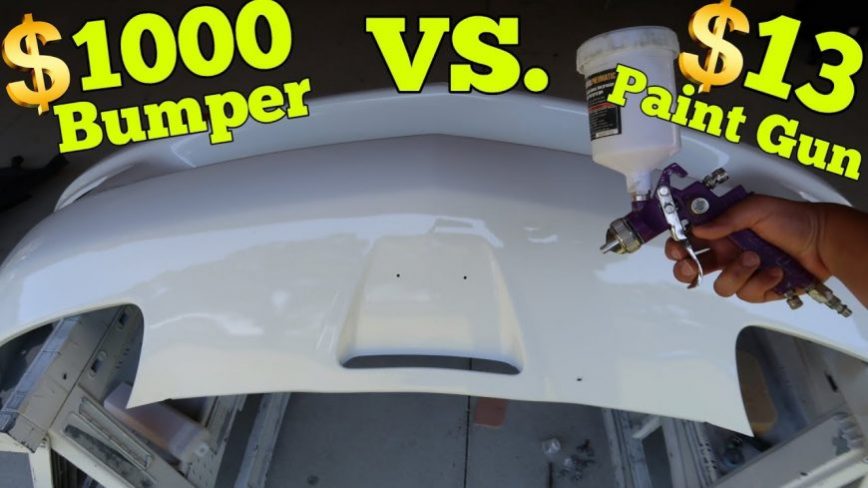