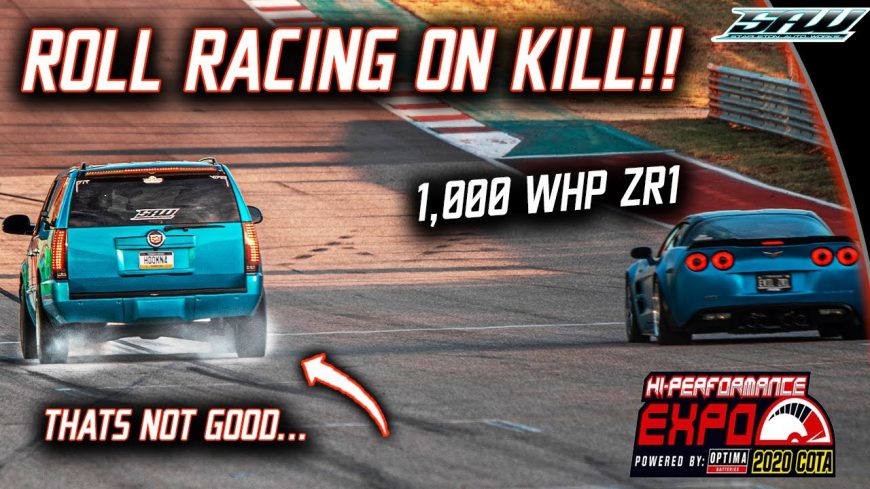 When it comes to living your best life, that seems Like exactly what Mitchell Stapleton a.k.a. Stapleton42 on YouTube is up to. Not only has he built one of the most viral machines on the internet in the LSXCalade but he’s pushing it to the limit as well! This machine hasn’t been built to sit around and look pretty even though it does a good job at that as well.

Instead, the incredible heavyweight has been put to use, really putting those components to the test. As it turns out, moving that much weight is certainly a challenge. Stapleton prides this build on being able to keep the full interior, so this certainly isn’t a gutted out shell that’s just an Escalade for appearances. However, when executed well, it is a lot of fun to watch. There’s something special that takes a minute to wrap the mind around when we see a full size Cadillac Escalade rolling with some of the quickest sports cars on the market today. It almost doesn’t make sense but that’s what makes it so appealing!

This time, it’s time to put the LSxcalade to work on an F1 track. The opposition isn’t going easy on the Cadillac, either, as there’s over massive horsepower on tap to try and take out the heavyweight at Street Car Takeover’s roll racing event. This opposition is a lot lighter as well!

Down in the video below, we get the treat of watching and listening as a couple of awesome machines go head to head with one another. Sometimes, you just have to sit back, relax, and enjoy the horsepower. With all the commotion that’s happening out there these days, being able to involve ourselves in an all out competition with some of our favorite machines is nothing short of a pleasure.

« Which Brand Windshield Wipers Are Actually The Best? Let’s Find Out