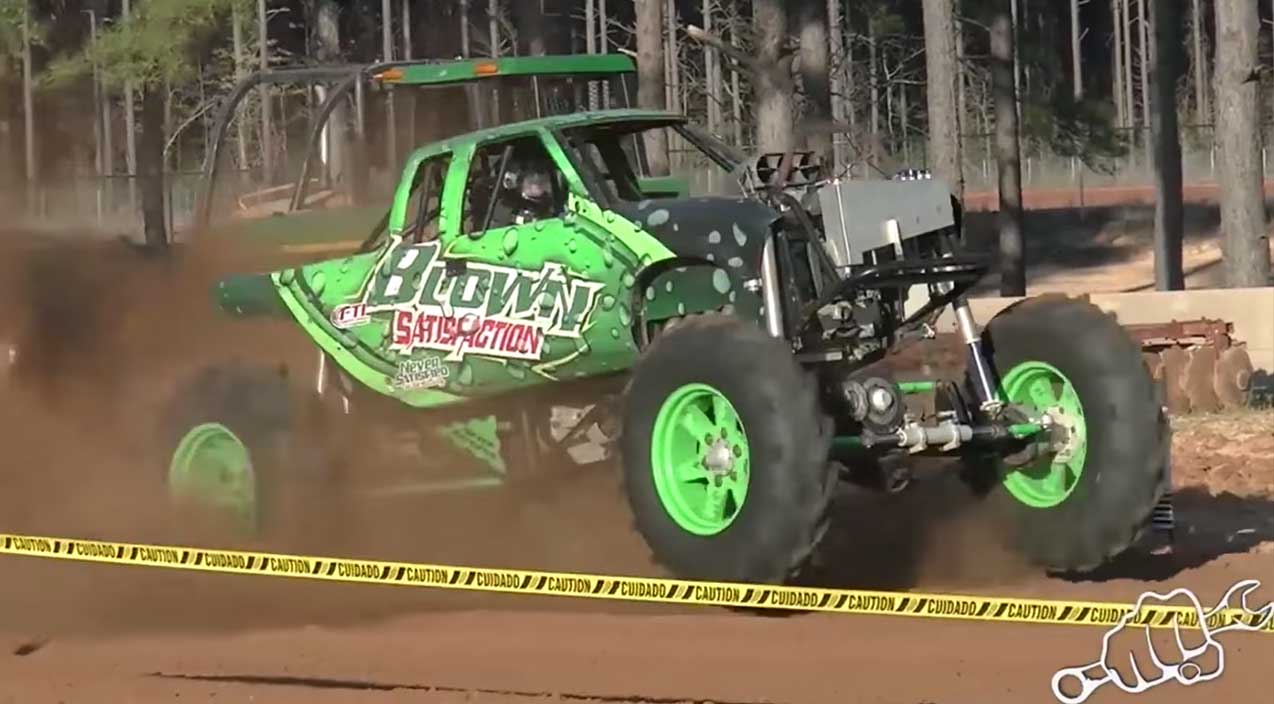 Mega trucks are looking more and more like something I want to go see in person. The more footage we get of the awesome off-road builds, the more I find myself wanting to load up my camera and go shoot these things in action!
This particular truck, appropriately named Blown Satisfaction, has been featured here on the site before in other videos from our friends over at Busted Knuckle Films, because it’s everything a mega truck should be. It has a raucous, supercharged engine. It has all the badass jacked up suspension parts. It has a cool Mtn Dew-themed wrap. And the guy behind the wheel knows how to put in work to put on a show for the awesome fans on hand to watch these trucks do their thing.
We start out with an absolute raw display of power, with the truck standing up on the rear wheels with no help from any sort of jump or ramp, just pure power-wheelies for days as the estimated two thousand horsepower digs into the dirt via the big paddle tires and, despite the truck being four-wheel drive, still sends the nose skyward. That’s exactly what the fans wanted to see too, as you can hear them cheering when the engine falls silent to keep the truck from flipping over backward.
After the wheel stand, we get to see the truck being put through the paces on the mega truck track, with some jumps and some mud bogs and a whole lot of dirt. As you’d expect, the truck handles it all like a champ, because if it didn’t, this video would be much shorter!
Finally, we see what happens when you bolt on the little tires and try to play Jesus and drive across the top of the water. The truck seems to be making it just fine across the surface of the water, but the higher RPMs experienced thanks to the short tires causes the engine to kick the blower off, leaving it, quite literally, dead in the water.
With the blower bolted back in place, the truck finishes the day with some more laps around the course, just showing off the power and awesome suspension

Nothing says 2000 Horsepower quite like doing a power wheelie!

« The Pawn Stars Make An Offer On Famous Movie Cars