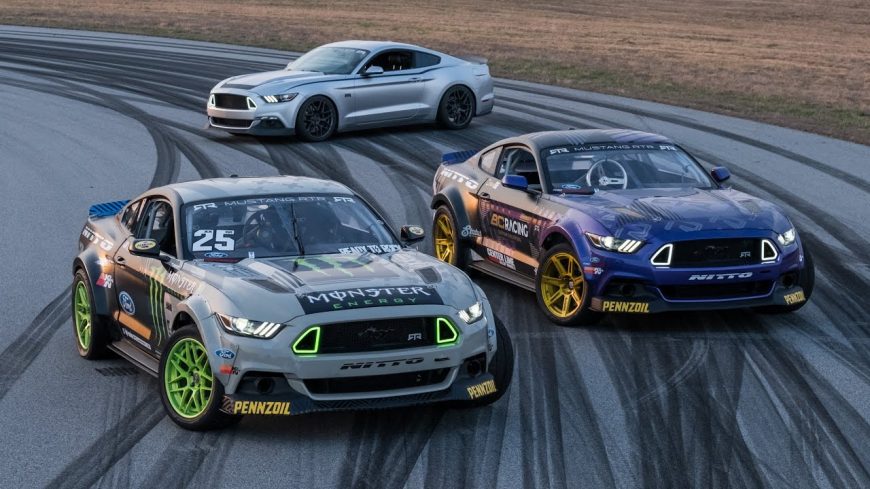 We all know that Vaughn Gittin Jr. is a rush to watch behind the wheel as he gets into the throttle of his RTR Ford Mustang drift car and throws it sideways into corners with the appearance that he has completely lost his mind. We love every second of that action!

What’s better than one RTR drift car? Well, I think the clear and concise answer to that question is a pair of RTR drift machines that are ready to get into some action and slay some tires while hanging out sideways. That’s exactly what we get with Chelsea DeNofa joining the team that becomes a couple of guys that will have you seen double on the Formula Drift circuit!

Check out the video below that will hype you up to see these guys in action with a little teaser of the Monster Energy Nitto Tire Ford Mustang RTR Spec 5-D and BC Racing Coilover Nitto Tire Spec 5-D that features this group of insane wheelmen at the helm. You better grab your popcorn and get ready to watch this action because it’s going to be a wild showcase that you’re not going to want to miss when Formula D comes to life!