2017 Scarab Jet Boat Almost Sinks to the Bottom of the Lake!

2017 Scarab Jet Boat Almost Sinks to the Bottom of the Lake!

When you head out to the water for a day of fun, one of the last things that ...

Grab 10X entries now for your chance to win something evil + $20k in cash!

A little bit might be alright, but from the looks of things, when this a brand-new Scarab jet boat took on a little bit of water, it was the beginning of the end, at least for this day out on the lake when things began to escalate a lot quicker than these folks expected.

According to the man behind the wheel, nothing really substantial happened. According to what he says here, it sounds like the boat just took a little bit of water over the bow and instead of draining that out and continuing on, the boat continued to take on more water. That seems like a really odd issue to have, almost like some other factor was at play, but the fact of the matter was that they were stuck in a bad situation and had to figure out a way to get out of it.

From there, the people on board of the sinking vessel got another couple of friendly boaters to help them out and tow them to shore so that they could beach the boat and figure out exactly what went wrong with it. To be honest, they look like they’re taking this a lot better than I would if I just spent all that money on a brand-new boat that started taking on water in the first season of use.

The video below shows the entire scene unfolding as it happened. I guess is the only thing to do here is to drain all that water out, or at least try to, before assessing the situation to see what kind of damage was really done. You have to really feel for these folks who were not expecting a nice day on the water to end with a world full of struggle like this.

Is This The Worlds First Unsinkable Boat? 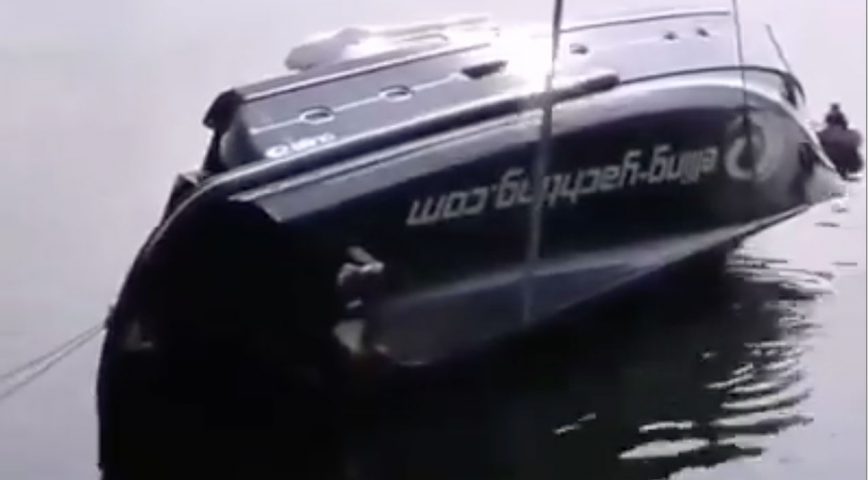