2019 Racing Season Is Upon us! What Are You Most Looking Forward To? 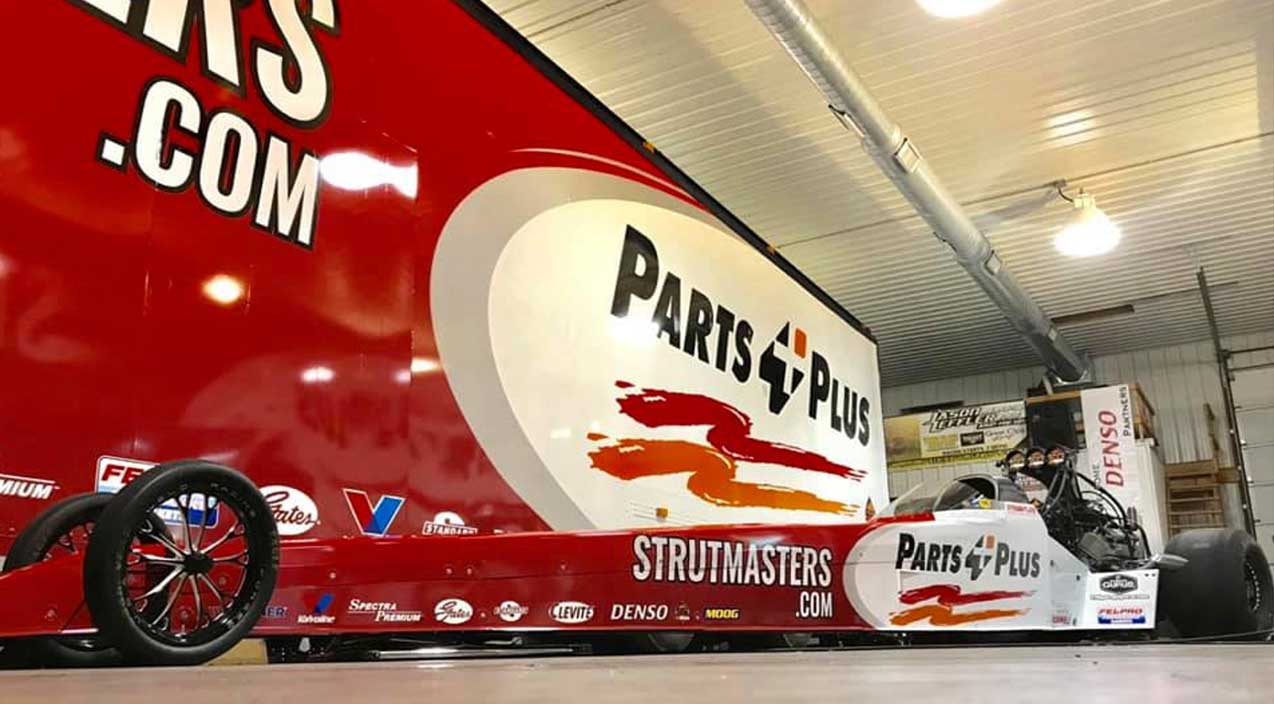 Many of the NHRA’s top teams are rolling south and west toward Phoenix’s Wild Horse Pass Motorsports park for the huge pre-season test session that marks the unofficial end of the offseason. While 2019’s season officially kicks off when the engines fire up in Pomona in 2 weeks, the Phoenix test session will be our first look at several new teams and sponsors for the upcoming season.

In Top Fuel, first time champion Steve Torrence set the bar incredibly high by closing out 2018 on a six-race win streak. After becoming the first driver in history to sweep the countdown, Torrence and the CAPCO Boys will have a target on their backs the size of Steve’s native Texas. With a new look for the 2019 season, Torrence is hoping to ride the momentum from his teams strong finish into Pomona and keep right on racking up the wins. Never before has a driver entered the season on a 24-round win streak. Can he extend it to 28 and kick the season off with a win?

Last year’s runner up, multi-time world champion and perennial contender Tony Schumacher had hoped the send long-time sponsor US Army off with another title, but Torrence was not to be denied. Mum has been the word on whose colors Tony will be flying in 2019, but whispered rumors claim “The Sarge” has secured funding for the season from a tech company that’s yet to be revealed.

Third place finisher Clay Millican will be going into 2019 riding his strongest showing since joining the NHRA some two decades ago. After his first multi-win season, Clay is rocking a new-look after signing Parts Plus and Strutmasters as his primary backers for the season. Red replaces black as the main color in the scheme and a familiar face joins the team as Clay’s former crew chief Mike Kloeber will be calling the shots this season.

Team Speed Society’s own Leah Pritchett will not be participating in the Phoenix test session, heading straight back to Pomona to kick off her season. While there are some personnel changes within her team, look for Leah and company to come out swinging for the fences at Pomona with a brand new chassis, as well as her 2018 chassis on standby if needed.

In Funny Car, the biggest news has been Courtney Force’s unexpected retirement from driving duties. With an open seat in one of the big camps, it’s unclear at the moment who will be stepping into that ride. Early rumors point to Austin Prock, the son of JFR tuner Jimmy Prock, however as of right now that is nothing more than hearsay.

Blake Alexander, who made a name for himself with a stellar on-track record during his limited schedule in 2018, is moving to Funny Car after announcing a partnership with veteran Tim Wilkerson. Again running a limited schedule, Alexander’s Pronto Auto Service Center flopper will be tuned by Wilkerson’s son, Daniel.

Team Speed Society driver Jonnie Lindberg will be back as the driver of veteran Jim Head’s Mustang. The team will be sporting a gorgeous new paint job – yes, this body is actually painted instead of wrapped, and it looks AMAZING – and is hoping to make a strong showing this season after struggling to find consistency in 2018.

Two-time Funny Car world champion Cruz Pedregon will be sporting a new look for 2019 as well. He’s locked in with Snap On for the season, but will be running Dodge Charger bodies instead of the Toyota Camry he’s campaigned for the past several years. He will also be tuning the car himself, while hoping to win a total of five events on the year.

In Pro Stock, the biggest news isn’t really news anymore, as it was pretty widely known that 2018 champion Tanner Gray was leaving to pursue a career in round track. After what would certainly qualify as a dominant last half of the season, Gray announced late in the year that his third season would be his last, before going on to lock down the season points title.

Bo Butner, who won the title in 2017 before struggling to find the same consistency last year, had announced he was departing the class as well, but made an about-face and says now he will be running the full season. Look for Butner to work hard to return to championship form and make a run at the title in 2019.

Our own Alex Laughlin will be running both Pro Stock and Pro Mod, doubling up on an already heavy workload. However, Laughlin has proven he can run two cars, so this shouldn’t be anything he can’t handle. He will also be campaigning his blown Radial vs the World C6 Corvette, giving him the opportunity to truly showcase his driving skills behind the wheel of three drastically different cars throughout the season.

Also in the factory hotrod ranks, Australian Shane Tucker announced he will be running the full season for the first time in his career. The likable Aussie has always ran strong, but until now, has never had the time to dedicate to running the full season. Tucker has never made more than 10 starts in a single season, but after the Pro Stock season was shortened to 18 races, he decided it was time to make a run at the full schedule.

Roger Brogdon also announced he will be returning to full-time Pro Stock racing in 2019 after Vincent Nobile’s quiet departure from Elite Motorsports opened up a spot on that roster. Brogdon, who has three Pro Stock wins to his credit, looks forward to working with Elite and the incredible talent pool the team brings to the table.

In Pro Stock Motorcycle, the biggest news of the offseason was the admittedly shocking announcement that longtime Suzuki rider Angelle Sampey would be joining forces with fierce rival Vance and Hines Harley-Davidson. While the partnership is only for four races as of now, Angelle is hopeful she can make a strong enough showing in those events to earn herself a permanent spot on the team’s third bike.

These are just a few of the many big news stories of the 2018-19 offseason. Which of these are you most intrigued by, or is there something else going on in the racing world that has your attention? Let us know in the comments what you’re most looking forward to in 2019!

#FanPoll: What are you most looking forward to this season?

Take your time, Get With me and discuss topics

« Finding a 1927 Packard in an Abandoned Factory in Philadelphia