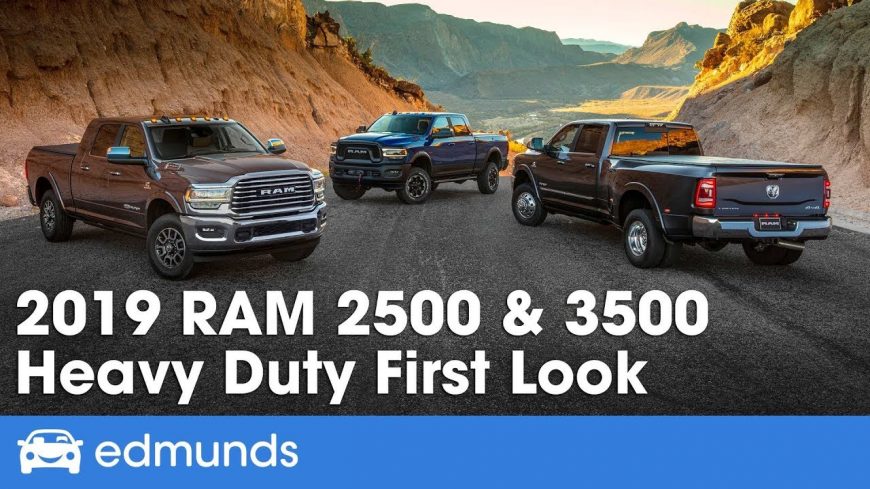 It’s an incredibly exciting time of year right about now as we’re finally getting the opportunity to assess all that we have learned about with the 2019 North American International Auto Show in Detroit. With lots of new releases updated, more accurate information about the vehicles that we thought we had an inside line on previous to their official release, we can now sit back and analyze which vehicles we think are going to really start taking over the scene. Which cars and trucks are going to stand out from the pack, bringing their very own special touch to a market where sometimes, things can tend to blend together?

This time, on the chopping block, is none other than the 2019 Ram Heavy Duty in both the 2500 and 3500 variants. Now, we saw the 3500 HD unveiled at Detroit as we got a little bit of info about the truck including what kind of power it will be hosting and what we can expect it to be able to do when push comes to show. However, the reveal didn’t give us so much of an in-depth tour that we’ve certainly been craving, seeing not what the truck is able to do but instead, the amenities that it will be supplying to drivers who are going to find themselves behind the wheel.

By following along with the video below from the folks at Edmunds, we get the inside and out of the heavy-duty line of Ram trucks for the 2019 model year. As the calendar continues to turn, there is a finer and finer line between upscale luxury vehicles and trucks. Years ago, the truck was something that people simply purchased because they had to get some work done but with the way that these things are heavily biased toward interior quality, these trucks are something that drivers are getting behind the wheel of because they’re excited to drive!

« The 2020 Toyota Supra is Already on the Race Track