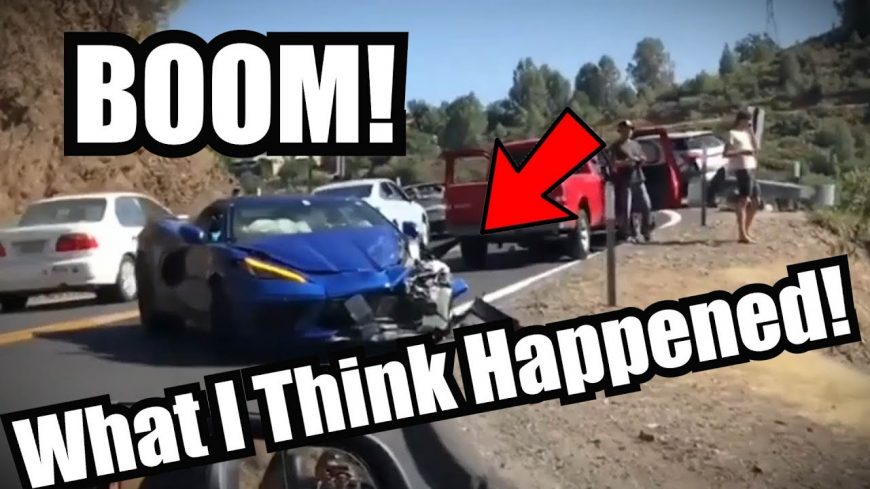 Normally when a car comes out, it is only a matter of time before somebody wrecks one. When the unfortunate soul who has the pleasure of being the first finally does it, the story can go viral. When the machine is something as popular as the most recent Chevrolet Corvette, things can get a bit out of hand.

For those who haven’t seen it yet, one of the drivers of the latest and greatest Corvette has already torn one to shreds. Usually, the cars at least come out before one of these videos pop up. This time, however, we’re pretty sure that this was some sort of early exclusive release. As far as we know, none of the general public has had the opportunity to get their hands on the C8 Corvette just yet.

Even though the car has yet to be released, apparently, someone wanted to push the limits. Now, as we have no details, this is all hearsay. However, it would appear as if someone got a bit giddy behind the wheel of the C8. As such, the car looks to have collided with another vehicle on a curvy mountain road. The result isn’t pretty as the Corvette has a substantial amount of damage to the front end.

As Rob Ferretti notes, it looks like something that happened in the hands of General Motors. It’s probably something that they would rather forget in the midst of the brand taking orders for the new car.

Rob seems to think that, because of the evidence in the video, that the Corvette somehow ended up on the wrong side of the road. In a sort of domino effect, several other vehicles got wrapped up in the incident. In any case, it’s sad that we’ve lost one of these things this early on in the lifecycle. Hey, I guess accidents happen, though!

« Alex Laughlin’s Procharged No Prep Car Makes All the Power