The 2020 Charger Hellcat Widebody is the Craziest Factory Sedan Ever 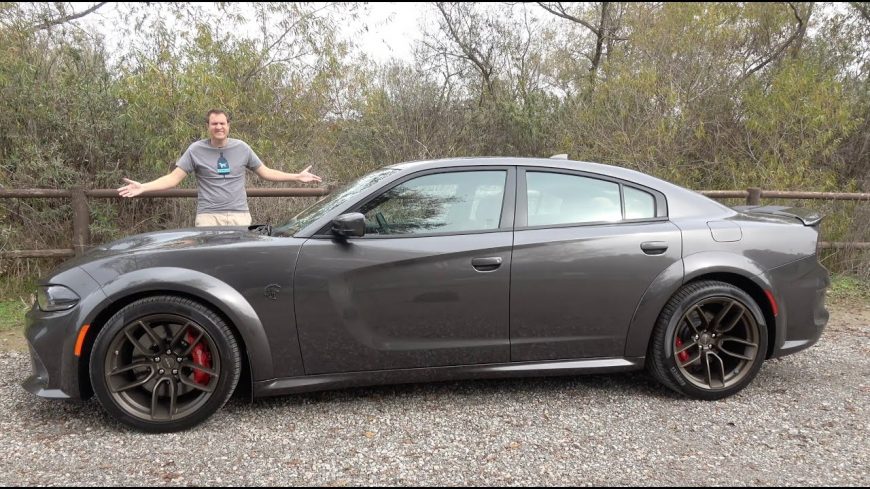 As performance enthusiasts, we can’t help but love the direction that Dodge has been going in. There aren’t too many companies out there that are willing to invest as heavily in performance as Dodge has. With the Hellcat lineup, we find some of the most powerful vehicles on the road. This isn’t just limited to the sports coupes, either. Instead, we a whole plethora of other vehicles boasting supercharged v8 power. For example, the performance sedan has come alive in the Dodge Charger with some Hellcat attention. In addition, the Mopar power keeps on spreading with platforms like the Jeep Grand Cherokee Trackhawk.

In this one, we follow along with Doug DeMuro as he shows us one of the craziest sedan offerings of the 2020 model year. In fact, the seasoned automotive journalist takes it a step further. DeMuro goes so far as saying that the Charger Hellcat widebody might just be the craziest sedan on the market. We can’t necessarily say that we blame him, either.

Just when we thought that Dodge couldn’t have any more tricks up their sleeve, outcomes another twist. While the 2020 Charger might share a good bit with those that came before it, there are also some new twists and turns to sink our teeth into. The widebody look is really just the beginning of it all.

By following along with the video below, we’re able to get the “head to toe” on what this refreshed ride is going to offer. Not only does this machine top the charts of performance but its new aggressive look is going to be a show stopper as well. In addition to swinging with the heaviest of hitters in power, we’re not sure that there are too many other manufacturers willing to offer up widebody versions of their vehicles. As far as being an automotive enthusiast, it’s really a heck of a time to be alive. This offering really just reinforces that on a variety of different levels.