If there’s one market that we would love to see expanded upon, it would be that ...

If there’s one market that we would love to see expanded upon, it would be that of the performance SUV. Now, it’s not too hard to see exactly why more brands don’t put a lot of R&D into this kind of vehicle. After all, the number of people who would actually bring themselves to spend money on a massive SUV that is designed to go fast is probably quite small as most consumers would more likely just go for the sports car if they want to go fast and spend a lot of money. On the other hand, we can’t help but be completely captivated when manufacturers do try to focus on making some of their SUV offerings a little bit quicker and more nimble.

In today’s performance SUV market, it would seem like the offerings are dwindling with the most notable and successful, perhaps, being the Jeeps that don the “SRT” badging. With a manufacturer such as Ford, though, you really can’t count them out just yet. With that almighty “ST” badge, they’ve been coming up with some pretty unique and interesting vehicles that are really easy to fall in love with. One of the latest just so happens to be the Ford Explorer ST.

In the scheme of things, with all of the news coming out at the Detroit Auto Show, the biggest offerings have taken over the web. Naturally, this means that the new Shelby GT500 has stolen most of the limelight. However, the Explorer ST might be one of the most underrated reveals of the weekend.

Looks wise, the ST may appear to be the logical updated next step in the lineage for something like the Explorer that we all know, but that’s okay. Underneath, the architecture is all-new and features an all-wheel-drive set up that is slated to deliver 400 horsepower to the driver in a way that should make this thing an absolute blast to drive. All of that power is coming at you, of course, through a twin turbo EcoBoost setup that takes full advantage of all 3.0L.

Long story short, this is one that slid under the radar a bit that we would recommend checking out. The video below from the folks over at The Fast Lane will provide even more details as to what is to be expected when it comes time for this SUV with a little bit of pep to fall into the hands of consumers.

The 2020 Charger Hellcat Widebody is the Craziest Factory Sedan Ever 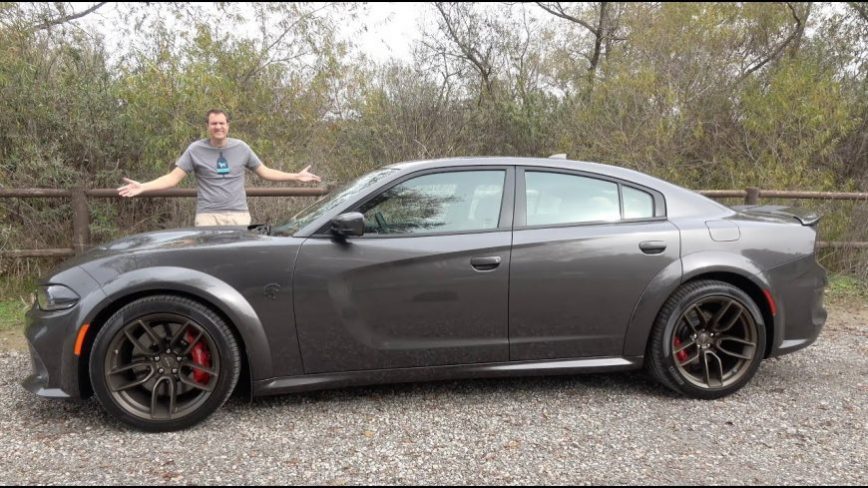