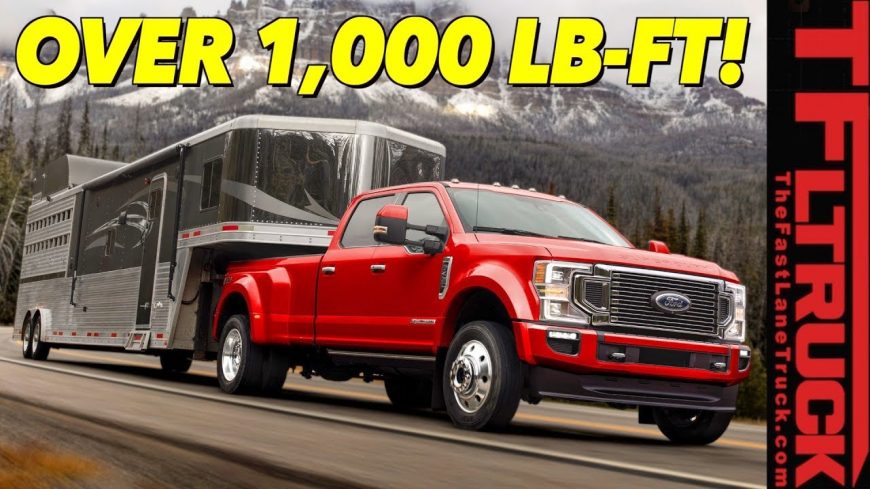 If we talked to the marketing departments behind some of the best vehicles cars in the world, they would probably agree upon one thing. In a variety of situations, numbers are the way to sell a vehicle. It doesn’t matter if those numbers are actually going to be tapped into or not. This is why every manufacturer takes it upon themselves to put out the best fuel economy numbers. We’d be willing to wager that best-in-class anything sells a lot of rides.

In the world of trucks, while fuel economy is still an important consideration, perhaps an even more important number is towing capacity. This enters a world where perhaps few will ever get to that tipping point. However, it seems like truck manufacturers battle back and forth every year to be the one that has the most towing ability.

Last year, Ram would take the reins, boasting a capacity of 35,000 pounds. This year, though, it seems as if Ford is going to position themselves in the lead. Their towing capacity with a 2020 Super Duty will tip the scales at 37,000 lbs. The company accomplishes this through a Power Stroke diesel engine that boasts 475 horsepower and 1050 lb-ft of torque. They claim the best in class with these numbers.

At the end of the day, few people are probably going to ever make their way to this weight. For those who work regularly in heavy towing industry, maybe it’ll make sense. However, we also get the feeling that hauling the weight of more than 9 Ford F-150 trucks isn’t something that’s going to come up all that often. I guess that having the peace of mind that your rig can haul a heavy load is something that consumers might fall in love with, though. It might give consumers more confidence in Ford’s lower-tier trucks, as well.

Think this truck is a bit of overkill? Think it’s just right? Let us hear your opinion on the Speed Society Facebook page.