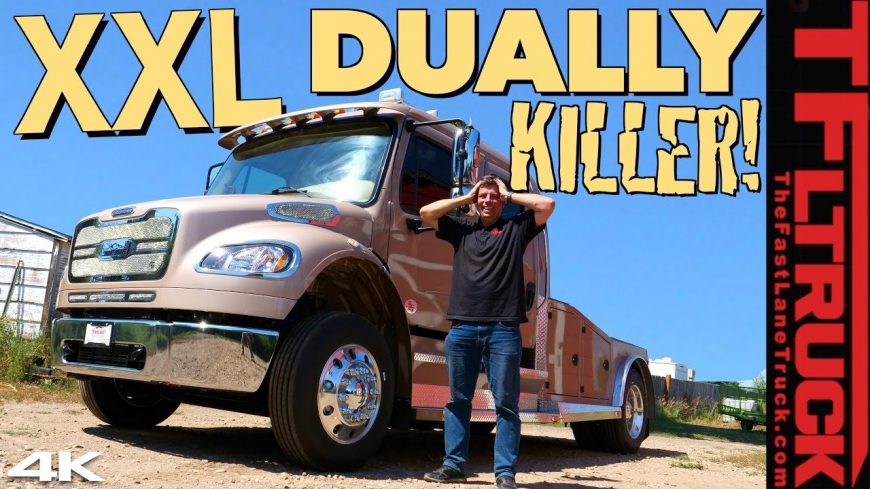 When it comes to hauling, some situations ask a lot of a tow rig. Just like any other vehicle, with these rigs, there is a lot to go shopping for. Tons of options exist in different applications will come together depending on the load at hand.

Picking one out might actually be a pretty tough decision. Just when we thought that picking out a regular daily driven vehicle was difficult, along comes a decision like this that has many more variants that could make anyone’s head spin.

This time, the guys over at TFLTruck take it upon themselves to take us on a tour of the ultimate hauler. The 2020 Freightliner M2 Summit Hauler is really a sight for sore eyes. As a dedicated towing machine, the big and bad truck looks like it’s ready to hit the road. Not only that but it has luxury onboard that could rival just about any high-end truck on the market as well. This can prove to be a big difference-maker while making those long trips. The frills become necessities sometimes when spending hours on end pulling a load.

By following along with the video below, we watch as the guys go over the truck with a fine-tooth comb. In the vast majority of situations, we don’t think that many would end up needing this much towing power. However, for those who haul around a heavy load regularly, perhaps this video is exactly what they’re looking for. In turn, it’s always nice to see a little bit of muscle at work in a truck.

Just because we don’t all need something as serious as this Freightliner isn’t to say that we can’t enjoy it. There’s something that’s oh so satisfying about a truck that gets the job done. This Freightliner does just that and then some!