The 2020 GT500 Just Barely Came Out but it’s Already Impressing, Check Out the Fastest

The 2020 GT500 Just Barely Came Out but it’s Already Impressing, Check Out the Fastest

With the release of the hottest performance models, it always seems like there is a ...

With the release of the hottest performance models, it always seems like there is a rat race to be the first and the fastest. Companies that specialize in building certain platforms can’t wait to get their hands on the latest. It’s a blitz as they immediately get to work as the car comes straight off of the assembly line. As enthusiasts, we absolutely love it. What’s better than seeing one of the most potent performance machines released, only to have it followed up shortly thereafter by someone trying to make them better?

This time, the car that’s climbing the ladder is none other than the 2020 Shelby GT500. The performance shop behind it is Evolution Performance. With a couple of simple modifications and some concise tuning, the machine is ready. It’s able to lay down some pretty intense passes without major modification.

The build here is relatively simple. From what was divulged upon in the interview, we find out the car is hooked up with a Kong Performance ported blower, GripTec pulley, and a BMR lockout kit. A custom tune from Lund Racing patches it all together to lay down some pretty crazy numbers.

It’s important to consider that transmission tuning isn’t even available for these cars yet. Basically, once tuning companies are able to find their way into that software, elapsed time numbers will fall even more drastically.

Down in the video below, we’re able to check out all of the action thanks to BigKleib34 cameras. The record was laid down at Bradenton Motorsports Park during a Street Car Takeover event.

Given that these cars haven’t been out long, this really feels like the tip of the iceberg. Only time will tell how far this generation of Shelby can be pushed. From the initial numbers, we get a feeling that it’s going to be a wild ride.

First Ever Shelby GT500 (VIN 001) $1.1 Million, Finally Delivered With Special Option Nobody Else Can Order 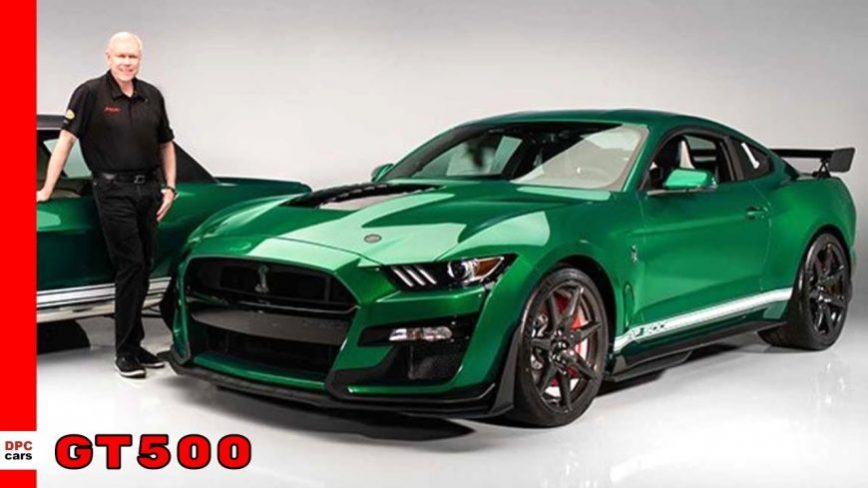