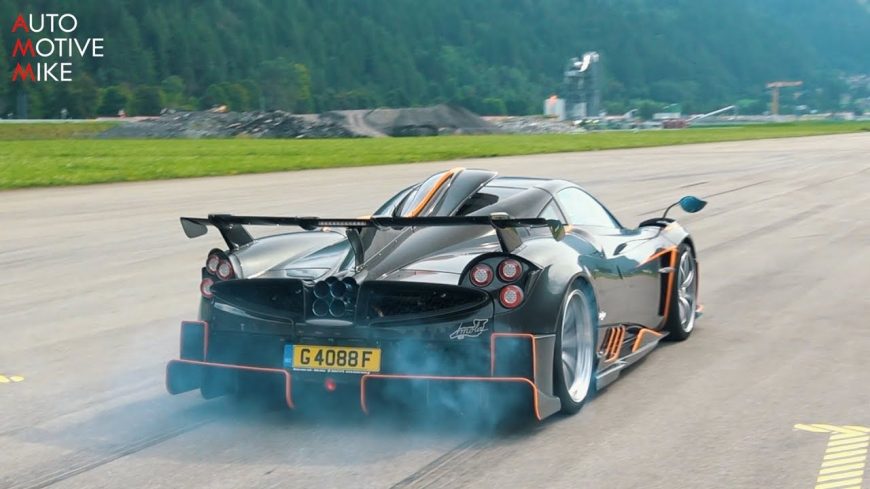 Pagani might not be the biggest automaker in the world. However, when the decide to bring a new offering to the table, they really bring it. The Pagani Huayra has been nothing short of an amazing machine. However, Pagani wasn’t quite ready to call it quits on the platform just yet.

In order to show what they can do, the automaker decided to come out with an incredibly limited version of the popular hypercar. Living life under the name of “Pagani Huayra Imola,” five versions of the machine will ever be produced. It’s going to be incredibly rare to be able to get your eyes on this one but when you do, it would be best to pay attention.

On the outside, it’ll be almost impossible for the car to blend in. The first thing that we can’t help but notice is that the entire body is clad in glossy carbon fiber. As if that wasn’t enough, the entire vehicle is outlined and accented with a bright orange finish. This all comes on top of the traditional Huayra’s looks that would already stick out in a crowded building of the most expensive cars on Earth. It looks like those looks have been built upon with this car as well with a redesigned rear diffuser and carbon skirts.

Last but not least, we have a gap in the car’s spec sheet. The general consensus is that this variant will be more powerful than the BC. The Imola makes use of a twin turbo V12 from the folks at AMG. Let’s just consider the base figures, as seen in the BC as 745 hp and 811 lb-ft. The sky is the limit with this machine.

By following along below, we get a nice, long look at the Imola as the car graces the streets. Automotive Mike brings us the machine from a variety of angles and situations. They even take it off of the streets for a little bit of drag racing as well!