While verified information is still scarce about the upcoming Porsche 911 GT3 992, we ...

While verified information is still scarce about the upcoming Porsche 911 GT3 992, we do have something that will go a long way toward quenching the thirst for info of those salivating at the upcoming new release from Stuttgart: Nurburgring testing footage! The ‘Ring has long been the facility used by manufacturers to test their cars against other automakers on a massive, but level, playing field. This footage only covers a small portion of the massive track, but you can really get an idea for how the car handles through these particular corners.

While rumors abound, there’s been very little revealed about the specs for the revamped 911, including an expected 550 horsepower naturally aspirated 4.0-liter flat six cylinder engine. The current engine, also a 4.0-liter powerplant, makes an impressive 514 horsepower and 346 ft/lbs of torque. Porsche’s new 8-speed dual-clutch transmission is expected to make its way to the 911 as well, with a manual available as an option in the states, where nearly 70% of GT3’s are ordered with three pedals.

While the car retains the iconic 911 exterior, the chassis, body and interior are expected to all be fully revamped for the 2020 year model. The spy shots seen previously show at NÜRBURGRING… questionable vertical supports for the rear wing, but those are obviously not going to make their way to the final production iteration. At least we hope not.

While the preproduction model will still get some tweaks, the car seen in the video testing looks to be a little squirrelly when the driver jumps on the gas coming out of the corners. Porsche is known for being great driving cars, and there’s no doubt the production model will be stuck to the track like glue, as Porsche lovers have come to expect over the decades.

We’ll be anxiously awaiting more info about the refresh, with more info sure to come as testing continues ahead of the final production model being released sometime later this year. 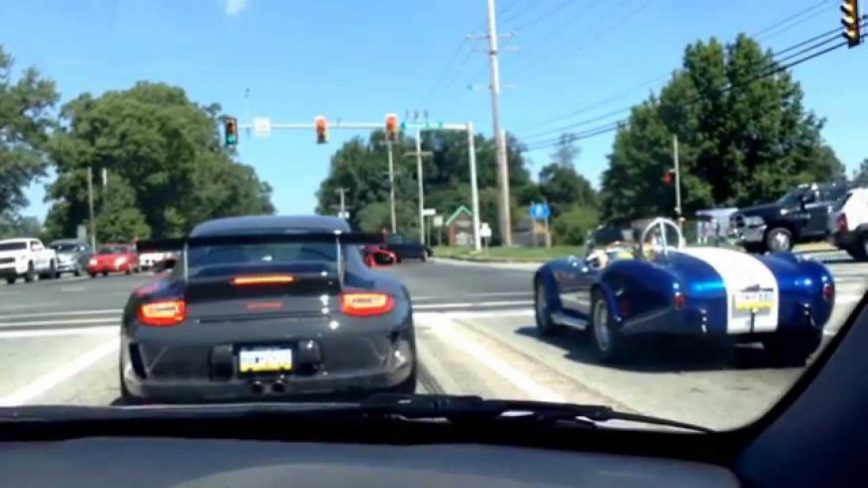