2020 Rolls-Royce Phantom vs The Cheapest Phantom You Can Buy 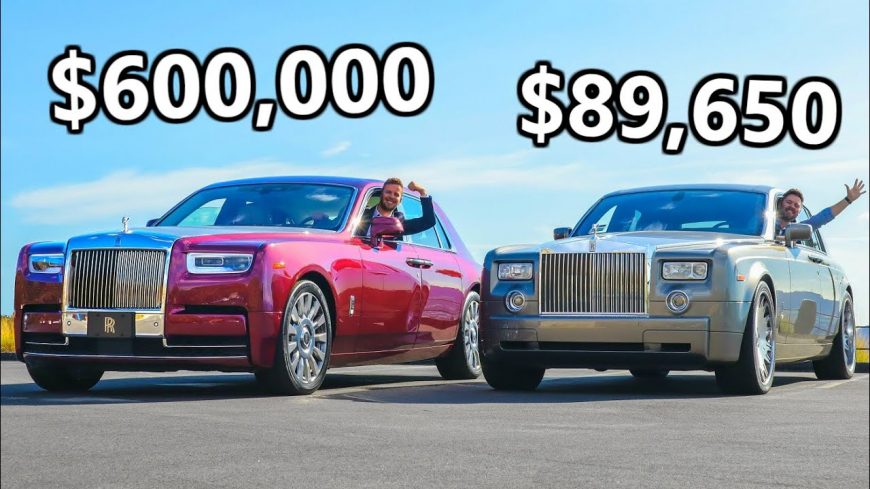 When it comes to the machines of the road that spell out l-u-x-u-r-y, look no further than Rolls-Royce. There’s a reason why so many who are made of money buy one of these things. The nameplate just so happens to be the king of the road.

Sure, there probably is a good amount of value wrapped up in the name alone. Many who have never experienced such a car probably think that the design and the title bring most of the value. However, as we find out, there is really a lot of craftsmanship to justify the price tag. There are just certain places within one of these vehicles where the people behind them simply went the extra mile.

There aren’t too many vehicles that can compare it to the attention to detail that one would find in a Phantom. However, how does one of these Rolls-Royce Phantoms stack up against itself?

This time, we dive into a video that ventures to find out exactly that. The task at hand here is comparing a brand-new 2020 Rolls-Royce Phantom to the cheapest Phantom that someone could get their hands on. Spoiler alert: it’s still not cheap by any stretch of the imagination. Believe it or not, these cars that once cost more than the majority of houses can now be had for under $100,000. Whether or not that’s a deal, we will leave up to you.

By following along with the video below, we see just how much progress the brand has made in the past 14 years. On one side of the debate, we have a 2006 Rolls-Royce Phantom. The price tag on that one is just under $90,000. In the other corner, we have the latest and greatest offering tips the scales at 600 thousand big ones!

Is the juice worth the squeeze? Let’s find out! – Throttle House