In this day and age, cars are getting incredibly fast straight out of the box. With ...

In this day and age, cars are getting incredibly fast straight out of the box. With simple to no modification, some of these machines really end up knocking down great times on the drag strip. It really leads us to wonder where it’s all going to end up. Will we see a day where 9 or 8-second street cars end up making their way into the hands of consumers? If the lineage keeps on following the same path, it wouldn’t shock us.

That’s a conversation for another time, though.

These days, we can’t say that we’re quite there in terms of factory performance. However, some of the offerings that we do see are rather exciting. The latest to pull up to the line with a heavy fist is that of the 2020 Shelby GT 500. The car has just entered the part of the timeline where media has been able to get their hands on it. With that in mind, it has already managed to punch its way to a pretty impressive pass on the drag strip.

Without an ounce of modification, the GT500 was already able to crank out at 10.61-second pass at 133 mph. This is a 100% stock Shelby GT500. Not even the rear tires have been changed in order to accommodate the test. It really leaves us to believe that this car is going to have even more potential once enthusiasts start to dig into it, even if the modifications are only minor. A simple tire change could probably give this car a substantial boost.

By following along with the video below, we join in with an initial test with REVan Evan as he delivers footage of what the car has been able to accomplish. Let’s just say that all that hype for the Shelby is already being cashed in on. After news like this, said hype gets even bigger! 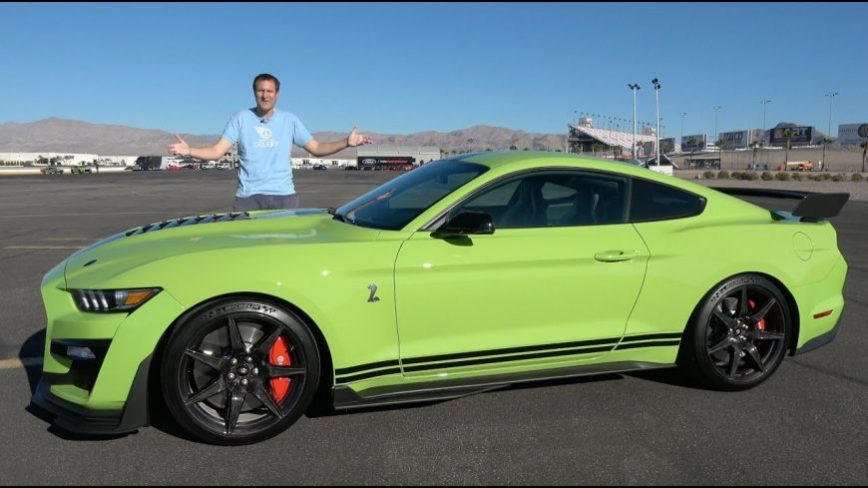