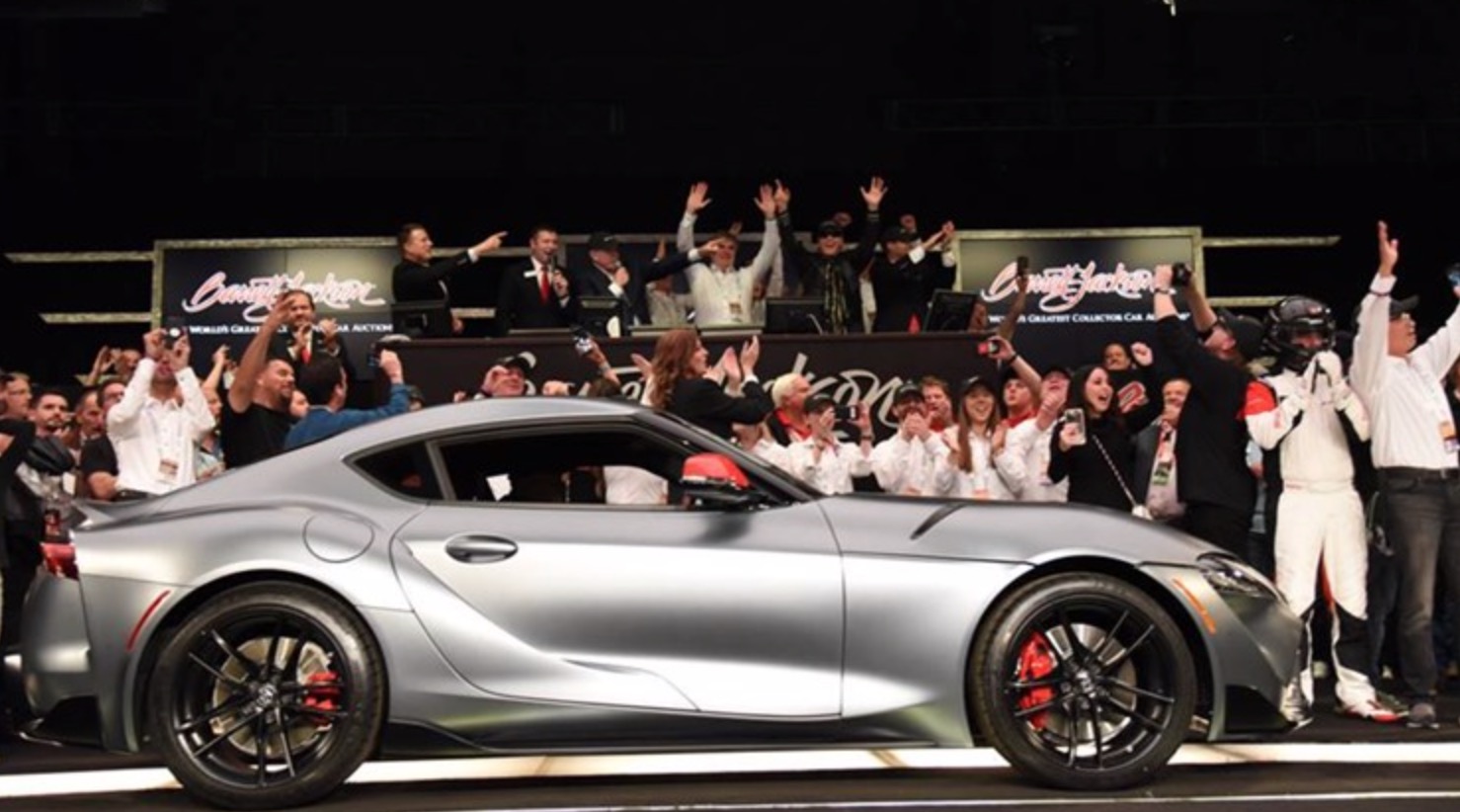 For a car that’s slated to have a base price of $50,000, even for the right to own very first VIN number of said car, it’s interesting to think about what such a car would bring at auction. If history was any indication, the case of the Chevrolet Corvette would probably be the closest evidence that we would have to base such a story off of. It seems like every time that the first example of a car comes out, Rick Hendrick is somewhere in the picture and it’s not surprising to see the final bid soar up to $1 million with the latest being the 2019 Corvette Zr1 reeling in a final bid of $925,000 with 100% of the proceeds heading to Stephen Siller Tunnel to Towers Foundation and its Building for America’s Bravest program.

This time, Hendrick wasn’t the winning bidder but instead, the final bid that would come to a whopping $2.1 million would belong to an undisclosed bidder. Said bidder will be able to take possession of the 2020 Launch Edition Toyota Supra GR clad in matte gray with gloss red mirrors. For this machine, the proceeds are heading to the American Heart Association alongside the Bob Woodruff Foundation, a non-profit focused on veterans and service members who were affected by 9/11.

An included bonus to the final bid would be a full VIP race track experience with a fully customized professional racing suit as to not forget the details. This also comes with a pair of VIP passes and hot passes to TOYOTA OWNERS 400 at Richmond Raceway, all topped off with a chance to drive the pace car and do a couple of laps with NASCAR legend, Michael Waltrip.

It will be interesting to see what such a monumental night at auction does for the secondhand Supra market moving forward. One thing for sure is that this outing at Barrett-Jackson is definitely one to be remembered that will be etched in history as quite the charitable contribution for a magnificent car.