The 2021 Bronco MIGHT Debut At The Detroit Auto Show 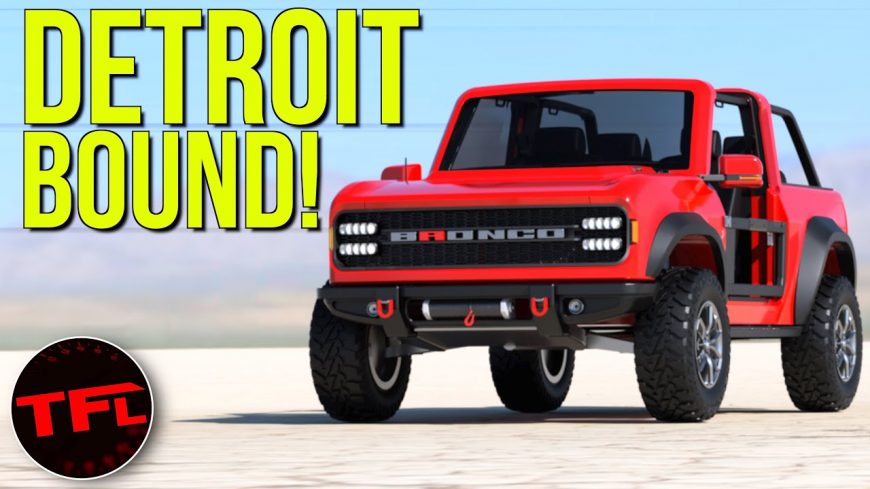 With all the news surrounding the 2021 Ford Bronco, we’re surprised that there aren’t more confirmed details. As rumors of the project have been swirling around water coolers, we still don’t really know exactly what to expect. What we do know is that Ford is bringing the platform back. They have said that it will be debuted in the spring of 2020.

The news comes in a video below along with a recap of some of the different findings that the guys have come across with the Bronco. They’ve been on their spy game, trying to gain every last detail. With the mix of the teasers that Ford has released along with some spy footage, they’ve come to some educated guesses as to what to expect. However, overall, Ford has done a pretty good job of covering their tracks. It really seems as if the brand doesn’t want any details to get out about the Bronco before it’s released.

While some might find the strategy a little bit frustrating, it actually kind of excites us. Sure, it’s likely that we probably won’t know much of anything until Ford tells us. They’ve even gone so far as breaking out camouflage to cover up the suspension on test mules. However, this leads us to believe that this thing is really going to be something great. Why else would they be working so hard to keep all these details hidden?

When it finally makes its way to market, will the Bronco be a competitor for something like the Jeep Wrangler? Will it be its very own breed? Only time will tell but this is one release that really has us on the edge of our seats.

Oh yeah and…. When is the Bronco Raptor coming?