In the 1980s, many legends were born.click the image below and get entered ...

We aren’t quite sure that there are very many in the automotive community, though, that was quite as legendary as the Buick Grand National. With its turbocharged six-cylinder, the Grand National posed a threat to just about everything in its class and even some things in classes that were supposed to be a little bit more potent a la the Corvette.

When push came to shove, time would tell the story of this turbocharged 6 Cylinder being way ahead of its time. As such, the model ended up meeting its demise in the year 1987 and never came back to life again.

While short, the reign of the Grand National is one that still rings in the hearts of many enthusiasts today. At any car show or race track around the country, the turbocharged Buick is a concept that certainly demands respect.

These days, it is trendy for retro nameplates to come back to life. Unfortunately, the Grand National isn’t one of those nameplates that got a second shot. However, that hasn’t stopped enthusiasts from chomping at the bit to try and get General Motors to bring these things a new beginning. I mean, how cool would that be?

While it doesn’t appear as if that’s ever going to happen, that hasn’t stopped designers from putting their own spin on things.

This time, we tune in with a YouTube creator who goes by TheSketchMonkey who decided to give the Grand National his own special twist. Starting with the car from 1987, TheSketchMonkey does all that he can to bring a little bit of a modern flair to a classic favorite. Even though we might never officially see a Grand National ever produced again, something like this gives us a little bit of an idea of what it might be like if GM decided to change their minds.

The Buick Grand National Is the Ultimate 1980s Muscle Car.

New Chevy Nova Yenko/SC - Would You Buy One? 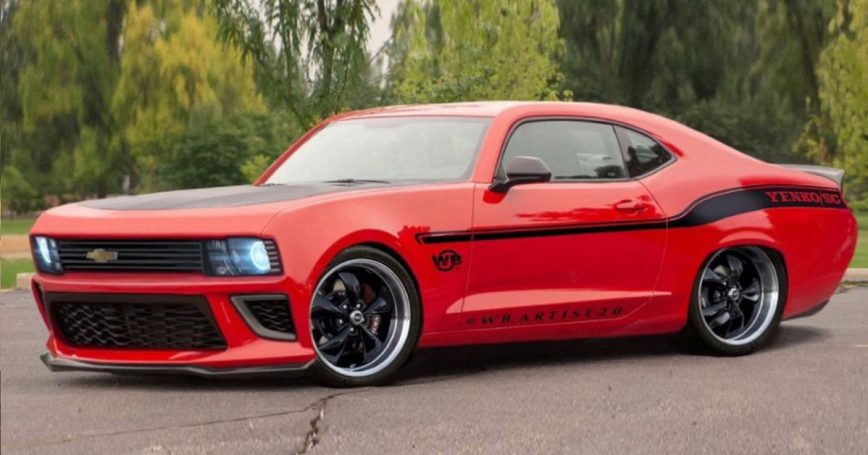