2021 Ford Bronco Mule Spotted in the Wild, We’re Ready! (Listen to the Start Up)

2021 Ford Bronco Mule Spotted in the Wild, We’re Ready! (Listen to the Start Up)

One of the nameplates that enthusiasts have been dying to see make a comeback is none ...

One of the nameplates that enthusiasts have been dying to see make a comeback is none other than the Ford Bronco. With the Chevrolet Blazer making its return in 2019, grumblings have really been ramping up. The Bronco seems to be one of those vehicles that have a cult following. Eventually, as it became a classic, it has really gathered its very own kind of charm. Around the water cooler, Ford has been rumored to have been working on bringing back the SUV. These days, we’re beginning to get some of the first steps toward seeing what the SUV might be like.

This time, the footage is provided to us by the guys over at TFL Now. While out and about, they managed to spot what they believe to be the 2021 Bronco prototype. Since it’s so early in the development phase, there isn’t much here that resembles a finished product. In fact, there might be a good portion of the vehicle that has been purposefully selected to throw off nosy reporters. The guys remarked that it really looks a lot like a Ford Ranger with a cap on it. However, they are strongly of the belief that it is the upcoming Bronco.

In addition to the normal camouflage that these test mules normally get, this one even went so far as the cover of the suspension. This leads us to believe that maybe they have something exciting in-store when the Bronco finally does make its way to market. Only time will tell what the company has up their sleeves. For now, we have to admit that we’re incredibly excited to see the first cookie crumbs of the upcoming SUV. When this thing finally does get released, we know that enthusiasts are going to be all over it. It’s pretty hard to tell if that’s going to be for better or for worse just yet.

Sources Say GM is Going to Make The C8 Corvette Impossible to Tune, But Why? 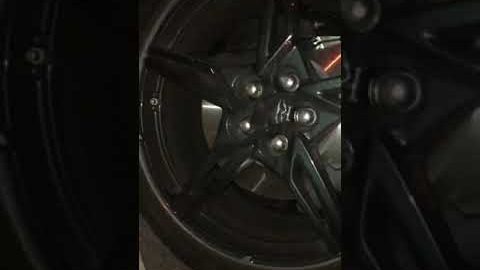