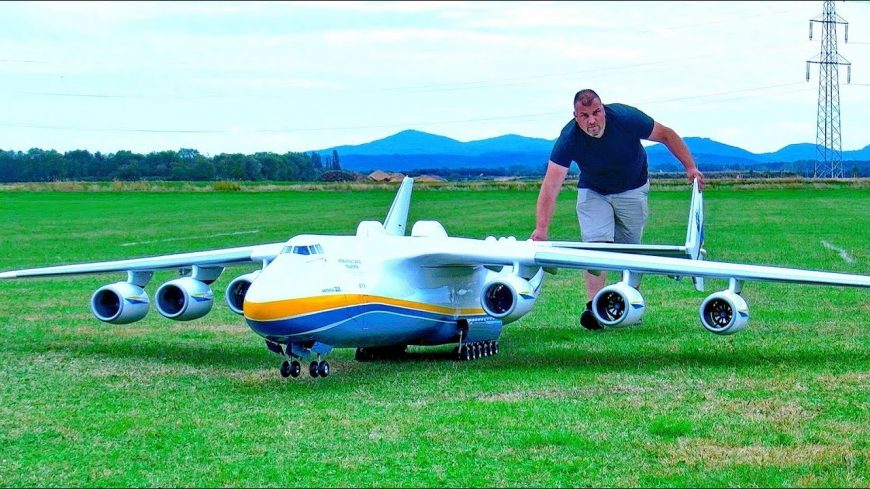 This time, we check out what appears to be a pretty expensive remote control airplane. This thing brings the scale up to size a little bit more so that it’s all that much closer to being the real thing. When we take one look at this massive aircraft, it’s almost easy to mistake it for being the real thing!

At 1/16 of the original size, this thing is downright huge. In fact, we’re told that the model of the XXXL RC Antonov AN-225 weighs in at over 200 lbs. It’s just so massive as it taxis around on the ground before taking off.

With these things getting as big as this monster, who knows? We might just see a full-sized remote control airplane one day! Perhaps pilotless planes via remote control are coming to skies near you.

« He Crammed a Turbo LS in a GMC Syclone, Immediately Set the Internet on Fire